In increasingly secular Canada, how do you bring people to God? "Through parking and bathrooms," says Scott Weatherford, lead pastor of Calgary's First Alliance Church.

He's only half joking. On Sundays, the evangelical church's 1,350-spot parking lot is overflowing. The $25.7-million, six-year-old campus feels more like a convention centre than a cathedral. Weekend services are high-tech, multimedia spectacles. The church provides free fair-trade coffee, with cup holders in every one of the 1,704 seats in the sanctuary. Whether it's the caffeine, the big-screen monitors or the rock band, no one appeared to be drifting off when Mr. Weatherford, equipped with a wireless microphone and an iPad, took the stage at a recent weekend service.

Deliberately dressed down in jeans and a sports jacket, the former college athlete delivered one of his trademark kick-in-the-pants sermons. One of his favourite phrases is "If it's going to be, it's up to me" – a get-it-done message that strikes the right note in entrepreneurial Calgary.

"It's the church everyone looks to for leadership," said Franklin Pyles, the Toronto-based president of the Christian and Missionary Alliance in Canada, part of a global evangelical movement founded in 1887 by a Canadian iconoclast named Albert Simpson. (Today, the Alliance has attracted more than 4.5 million members in 81 countries, including Canadian Prime Minister Stephen Harper.)

This suburban megachurch is experiencing a 75-per-cent increase in weekend attendance at a time when membership in mainstream Canadian religious denominations is in a steady decline. It's also the wealthiest Alliance church in Canada, drawing $4.7-million from its members in the last fiscal year.

"The financial resources of this church are vast and we have not tapped them all," Mr. Weatherford said. "The good we could do if we compile and work together is staggering."

"Doing the good that needs doing," is another of First Alliance's most appealing credos. Volunteers enable the church to offer a wide array of life-building programs, from addiction treatment and free oil changes in the church parking lot to the Discoveryland child-care complex that hosts 550 children on the weekends. It's all about ensuring that no souls are left behind, but reaching out in the most practical way possible.

Mr. Weatherford came to Calgary to lead First Alliance in 2009, after being recruited from Texas with the tricky task of making sure the church continues its phenomenal growth while making sure it stays true to its core beliefs. He's succeeded so well that he's now overseeing a $7-million expansion to the campus, which will include more child-care spaces and additional parking.

"God causes a place to boom economically to do the good in the world that needs doing," the 53-year-old said. "Most booms are accompanied by great selfishness. Calgary seems to lean into homelessness, drug and alcohol addiction, poverty and immigration with a greater openness and generosity than I've experienced in other places."

Technology, he said, is one way to ensure the church continues its forward momentum. Last month, First Alliance launched an Internet campus for people who don't want to do church the traditional way. As a sign that this is not a break with tradition but rather a natural, ongoing evolution, faconlinetv.org is being led by 29-year-old pastor Brad Young, whose grandfather and father were both lead pastors at First Alliance.

The church's bold vision for 2012 doesn't end there, and it parallels evangelical trends across the country. Over First Alliance's 73-year history, it has become less focused on global missions and more involved in ministering to families at home, although it continues to be the largest funder of the Canadian Alliance's work abroad.

"The buzz word right now, especially in the States, is missional," said Mr. Young, stressing that the church realizes it has to meet the practical, as well as spiritual needs of an increasingly diverse community.

"We're becoming less exclusive and more inclusive," said Mr. Weatherfold, who, together with his peers across Canada, is engaged in ongoing discussions about hot-button social issues that would have been unthinkable 50 years ago.

Tim Schroeder, the national pastor for Willow Creek, a cross-denominational leadership resource, is cautiously optimistic about evangelical churches evolving beyond their right-wing roots to a more progressive stance. "Forget the term conservative Christian," he said. "The primary characteristic of Christianity is to love God and love your neighbour as yourself. When we forget that, we tend to get weird and make up a bunch of negative rules and cling to irrelevant traditions."

Ministering to families of all shapes and sizes is the church's best offence against secularization, says University of Lethbridge sociologist Reginald Bibby, an expert on religious trends in Canada. "However, if you're no longer sending people off to foreign lands and stressing the negatives about what you don't do, then what is the congregation going to be about?"

The tension between relevance and tradition is coming to a head over whether women can be ordained as lead pastors. "I don't think women in leadership positions would be an issue for two-thirds of evangelicals," Mr. Schroeder said. "You give me a choice between a gal of character with an authentic love of God or a guy who wants to play the role and is lacking in integrity and it's a no-brainer."

"We need to have and celebrate female leaders so that it isn't just a bunch of old white guys sitting around running the show," Mr. Weatherford agrees, but says he has no choice but to defer to the Bible to determine what's right. "The struggle is whether a woman can be a lead leader. The Alliance has chosen to say, no, not according to Scripture."

He walks a similar fine line when it asked if First Alliance extends a welcome mat to homosexuals. "The Bible is clear about sexual relationships. They are for the context of marriage between a man and a woman. … It's one of those big rock things," he said. "Are we checking people at the door? Heck no. We have people of all kinds of sexual orientation that attend and are accepted. The question comes at the level of involvement and leadership."

Bobbing and weaving – that's Mr. Bibby's description of how progressive church leaders are responding to changing times. Is this simply the religious version of Don't Ask, Don't Tell or a kinder, gentler form of fundamentalism? That's the question facing not just First Alliance, but the larger evangelical movement on both sides of the border.

"If somebody comes in and says we need to rally around issues of social justice, we need to build homes for the homeless, then more power to them," said Karl Gilberson, the author of The Annointed, a new book that explores the reasons why charismatic American Evangelical leaders have triumphed over secular truth today. "What's happening in America just won't happen in Canada. It will be a much more Christian conservatism that is more likely to be focused on the things that Christ emphasized than on a very small set of social hot buttons like gay marriage."

This is where Canada's First Alliance Church feels very much on solid ground. "In the States it's a gong show. There's an entitlement on both sides that leads to arrogance and polarization," said Mr. Weatherford. "Part of the Canadian's natural suspicion of leaders is healthy and a cultural nuance that we need to maintain." 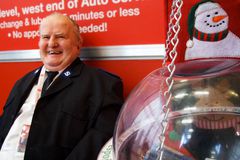 Who will replace the faith-based donors?
December 1, 2011 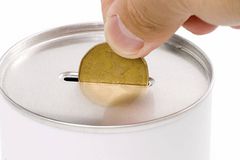 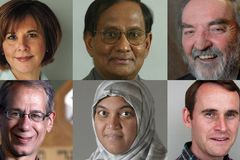 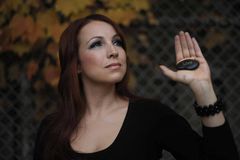