Toronto police and the father of a bike courier killed three years ago in an altercation with Michael Bryant's car are lashing out at the former attorney-general of Ontario over his new memoir on the collision, its aftermath and his battle with alcoholism.

In his new book, 28 Seconds: A True Story of Addiction, Tragedy and Hope, Mr. Bryant describes in painstaking detail the night when an intoxicated Darcy Allan Sheppard leapt onto the hood of his car and grabbed the wheel of Mr. Bryant's Saab convertible before tumbling from the vehicle, striking his head and dying.

"It is not unusual for Toronto Police Services to wait weeks (or even months) before deciding how they will proceed with such charges. In my case, the police couldn't wait a news cycle. I got the opposite of special treatment."

He also says that police failed to adequately follow up with a slew of witnesses who subsequently came forward with tales of Mr. Sheppard's aggressiveness and violence, accounts that would ultimately help Mr. Bryant's lawyers persuade the Crown to drop all charges in May, 2010.

Toronto police spokesman Mark Pugash said the force has never received a formal or informal complaint about how Mr. Bryant was treated. He pointed out that a special prosecutor, Richard Peck, was brought in from British Columbia to handle the sensitive case of a man who had appointed many of the province's sitting judges.

"We've heard nothing from them. Period. The fact that we're hearing it now in a book I think entitles Canadians to be very skeptical about why it's coming out now," Mr. Pugash said. As well, he denied that Toronto police failed to return calls from potential witnesses for Mr. Bryant's side.

The criticism is no surprise to Mr. Bryant, now a busy 46-year-old father who teaches part-time at the University of Toronto and works for a consultation and mediation firm owned by Phil Fontaine, the former national chief of the Assembly of First Nations.

"That didn't seem like a very good reason not to write the book, that my ego was going to take a beating or that I was going to come under criticism," he said in an interview.

He declined to respond specifically to Mr. Pugash's comments.

Mr. Bryant hopes the book will provide "solace" to others who've struggled with alcoholism and nasty twists of fate, like the one that upended his life Aug. 31, 2009.

His troubles didn't end with his criminal justice ordeal. After the accident, he and his wife divorced and his younger brother died unexpectedly. Despite all he's lost, he's gained humility, he said.

Allan Sheppard Sr., Darcy's father, isn't so sure about that. He told CBC Radio's The Current Tuesday that he doesn't detect any "contrition" in Mr. Bryant's public demeanour.

"I think he sees it as a problem that he has to face personally," Mr. Sheppard said on the program. "He doesn't really seem to accept the fact that my son died as a consequence of what happened. At this stage, whatever he might do is a bit late. My sense is that everything that Mr. Bryant has done from the first minute after the incident through till now is part of a carefully worked out strategy designed to minimize any possible responsibility on his part. And to smooth the way back into a political career."

Mr. Bryant has never reached out to Mr. Sheppard directly, and couldn't put his finger on exactly why. In court, on the day the charges were dropped, "I wanted to say something to him," Mr. Bryant recalled. "I had no idea what I would say and so I didn't."

The book, however, devotes a chapter to the life and death of the 33-year-old Darcy Allan Sheppard. It also recounts how Mr. Bryant helped Mr. Sheppard's estranged widow, Tracey, work to gain visitation rights to her children, two of whom were fathered by Mr. Sheppard.

Mr. Bryant helped arrange a high-profile family lawyer to work pro bono on Tracey's case, which has yet to be resolved. He paid the firm's out-of-pocket costs himself.

Mr. Bryant doesn't have terribly deep pockets these days, however. He said his top-notch legal defence cost "hundreds of thousands of dollars," a bill he expects to keep paying well into the future.

He doesn't expect the book will defray much of that bill.

"Let's put it this way: Non-fiction books in Canada tend not to make much money. I don't know if I'm going to get a royalty cheque that's going to allow me to pay anything off," he said.

If there are any proceeds from the memoir, he plans to direct some to the Pine River Institute, an addictions treatment centre for adolescents.

At the end of a long day of publicity for the book, Mr. Bryant sounded tentative and thoughtful in an interview. He's no longer the high-flying politician whose meteoric rise and ego made him a quip machine and media darling.

But that doesn't mean he'll never be a politician again.

"I think if I said I'd rule it out, nobody would believe me," he said. "I don't have any plans and that's the most honest answer I got." 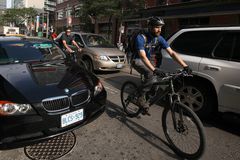 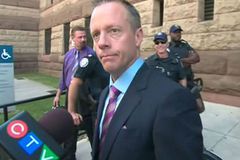