"I am requesting a public apology to me personally for your baseless and incorrect comments," Mr. Chan wrote in a letter to Mr. MacKay on Wednesday afternoon.

Last week, The Globe and Mail revealed for the first time that CSIS told the Ontario government in 2010 it was concerned Mr. Chan might be susceptible to foreign influence. CSIS told Ontario Mr. Chan had asked the Chinese consul-general for help to obtain a special visa. Mr. Chan denies making such a request.

When asked about the Globe story, Mr. MacKay told reporters "it is an ongoing investigation" and that "clearly there are people outside our country, as inside our country, who would seek to exert influence. And I think it is fair to say it is incumbent upon all public officials to be very diligent of how they conduct themselves and to be wary of that fact; wary of who they're talking to, wary of what, if anything, they would disclose in those discussions."

The Globe had reported in the story that Mr. Chan was never suspected of espionage or formally under investigation.

The next day, Mr. MacKay did not respond to requests to clarify his comments. He did not answer a question in the House of Commons on the subject.

The day after, Mr. MacKay backpedalled on his earlier comments, saying he was misquoted and he was not commenting on Mr. Chan or confirming there was an investigation.

"To suggest that I have waded into this is a complete falsehood," he said.

In his letter, Mr. Chan said it was wrong for Mr. MacKay to wait two days before clarifying his statements.

"Two days after making these comments, you denied having made them. As a direct result of your comments, media from across Canada immediately reported that CSIS was actively investigating me. You allowed this matter to linger for two days without clarification, and that is completely unacceptable," Mr. Chan wrote.

Earlier this week, Mr. Chan asked for a retraction and apology from The Globe. 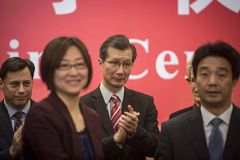 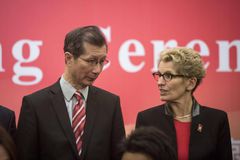 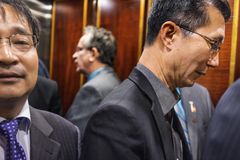