A long-time chief of Nova Scotia's Shubenacadie Band and a fierce advocate of the Mi'kmaq people, Reginald Maloney took his fight for their historic treaty rights all the way to the Supreme Court of Canada and won.

With the Union of Nova Scotia Indians, Mr. Maloney spearheaded the effort to fight for the hunting rights of James Simon, a Mi'kmaq man who was charged in the mid-1980s under Nova Scotia's Lands and Forests Act for carrying weapons off the reserve. In 1985, Mr. Maloney and the Mi'kmaq were victorious when Canada's top court held that the Treaty of 1752, signed between Jean Baptiste Cope, chief of the Mi'kmaq people of Shubenacadie, and Peregrine Thomas Hopson, governor of Nova Scotia, which had made peace and promised hunting, fishing and trading rights, was an existing treaty.

"[The Supreme Court] said our treaty was as valid as the day it was signed," Mr. Maloney said in Treaty Tribulations: The Indian Brook Fishing Dispute, a film made by his daughter, April Maloney.

"There's so little about our treaties written in the history books … that's why people were hoping, I guess, that we might have forgotten about our treaty rights," Mr. Maloney said in the film. "We have a treaty and from that treaty come some rights."

While raising his large family in a home in the rural community of Indian Brook without running water or indoor plumbing, Mr. Maloney sometimes put his fight for those rights before basic necessities. At times he and his family went without enough milk and bread when he gave up his paycheques to pay legal bills, his daughter Cheryl Maloney said.

"He felt he had a responsibility," she said. "He was very concerned and considerate about others. He was very loving and kind. He was gentle, but he was brave."

Mr. Maloney, who died on Dec. 3 at the Colchester East Hants Health Centre in Truro, N.S., at the age of 72 after heart troubles and bone cancer, came from a family of community leaders.

Born in Indian Brook in 1941, Mr. Maloney didn't go through the residential-school system and for that he remained thankful throughout his life. His father was a band councillor and his uncle had served as chief, teaching him about the need to fight for Mi'kmaq rights.

Mr. Maloney first became chief of the Indian Brook First Nation in 1974 and held that position for 20 years, not all consecutively. He also served for many years as a councillor with the Shubenacadie Band, his last term ending in 2012, and was a district chief of the Union of Nova Scotia Indians.

"He was physically a large, imposing man, but he was very gentle. Not aggressive or loud," said Bruce Wildsmith, a lawyer and former lead negotiator for the Assembly of Nova Scotia Mi'kmaq Chiefs. "He led by quiet example and quiet advocacy."

With his mustache, long hair pulled back in a ponytail, and his cowboy hat, Mr. Maloney would show up at chiefs meetings in the 1970s in his old white Ford truck. Scrawled across the truck's hood in big, bold red letters was "Sagamow," meaning chief. Always attending meetings and court cases, Mr. Maloney was engaged and had a keen understanding of the issues affecting his community. "He didn't speak very often, so when he spoke people listened," Mr. Wildsmith said. "He was first and foremost a rights man," he added.

A strong supporter of Donald Marshall Jr. (a Nova Scotian Mi'kmaq man who was wrongly convicted of murder), and later in life a defender of native fishing rights, Mr. Maloney attended every trial Mr. Marshall had. He staunchly supported Mr. Marshall when he went to the Supreme Court of Canada challenging the federal government's denial of the treaty rights granted to his people by the British Crown.

In 1999, Mr. Maloney celebrated when the Supreme Court handed down its ruling, acquitting Mr. Marshall on three charges of illegally catching and selling eels, and confirming native rights to make a living by fishing and hunting.

Almost immediately after the top court's decision, native fishermen started exercising that right, leading to turbulent times in many fishing communities in the Maritimes, including Indian Brook. Confrontations on the water and on land followed. Mr. Maloney led his community for several years in a fierce struggle for native fishing rights and against the federal Department of Fisheries and Oceans licensing and fishing quotas.

Mr. Wildsmith remembers Mr. Maloney – who was known for his humorous yet insightful comments – joking that the Mi'kmaq would soon have to carry briefcases into the woods or on the water to hold their treaties and other paperwork to show provincial and federal authorities.

A devout man who was proud to have learned the Lord's Prayer in Mi'kmaq, Mr. Maloney loved nothing more than to spend time outdoors with his family of 15 children and stepchildren and later dozens of grandchildren.

"We were always in the woods. We hunted, fished and trapped together," his daughter Cheryl Maloney, said.

They hunted deer and raccoon, and Mr. Maloney also taught them how to skin and clean a pelt, how to make their own flies for fly fishing and how to make their own bullets. At home, they raised muskrat and rabbits, and bred coon dogs for hunting and competition, and trained retrievers for duck hunting.

Outside of his family, Mr. Maloney was known as dad to many in the community. "He was a gentle, handsome man with hugs that radiated love like magic," Cheryl Maloney said. "He gave out a lot of hugs." 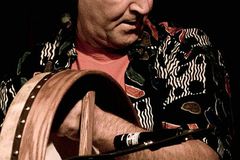 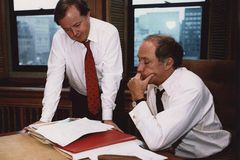 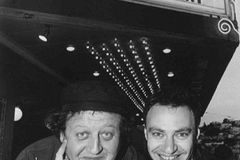 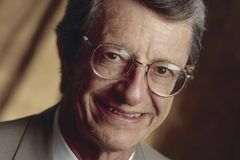 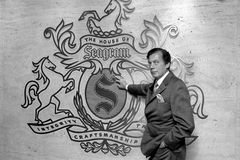