Family members of a murdered Inuk woman said Monday that merely appearing to be white often heightens police and public interest in a crime or missing person case involving an aboriginal person.

Loretta Saunders' sister Delilah Saunders and their mother Meriam made the comments as they described the 26-year-old woman's life and violent death — and the lessons her activism has sparked in their own lives.

They were speaking during the first of three days of hearings being held by the National Inquiry into Missing and Murdered Indigenous Women and Girls in Membertou First Nation in Cape Breton.

Saunders' body was found at the side of a New Brunswick highway in a bag in February 2014, leading to murder convictions against Halifax residents Blake Leggette and his girlfriend Victoria Henneberry.

The pair killed Saunders after they ran into financial difficulties and were unable to pay rent they owed her.

Meriam Saunders said that in the early days of the investigation of her daughter's death, police advertised the case as a missing white woman.

Loretta had fair features and her hair was blonde.

Meriam said she found it more difficult to get information from officers after they started to correctly refer to her as an Inuk woman.

"When my daughter went missing, they had it as white woman missing," she told commissioner Qajaq Robinson.

A spokesperson for the Halifax police said they followed regular protocols in the investigation.

"In missing persons and homicide investigations there are established processes that we follow," wrote Const. Dianne Penfound, the media relations officer in Halifax.

"In every homicide, we have a designated family liaison officer who is responsible for ensuring effective communication with the family, to the extent possible without jeopardizing the investigation."

Delilah said prior to her murder, her older sister had talked to her about the phenomenon of "white-passing privilege," where people who appear white, but are not, are treated favourably.

She told the commission when she and Loretta were pulled over by the Halifax police several years earlier, her sister told her they were treated differently because of their white features.

"They were sweet to us and they were kind to us. Loretta said this would have gone completely differently if we were black or looked native," she said.

The 26-year-old Inuk woman said prior to her murder Loretta had submitted a thesis proposal to Saint Mary's University in Halifax on the topic of missing and murdered indigenous women, and had a rising consciousness of the issues her parents and grandparents had faced in Labrador.

Meriam said she'd spoken to her daughter about the experience of being a "dirty Skimo," referring to her Inuit background, when she lived in Goose Bay.

After the death of her daughter, Meriam said that shifted from being shy and quiet, to becoming vocal in her advocacy for the plight of Inuit and other aboriginal Canadians.

During her testimony, the mother described the limited travel funding for impoverished aboriginal residents of Labrador who are sent to St. John's, N.L., for medical treatment.

Delilah said she had moved to Halifax to be with her sister and had a deep and close relationship with her.

Family members testified that Saunders had created a remarkable turnaround in her life, after leaving home in her early teenaged years and ending up on the streets of Montreal struggling with substance abuse.

Her father, Clayton, described her return to Labrador where she completed three years of high school in eight months.

He wept as he recalled her determination to succeed, and as he spoke of how she was pregnant at the time of her murder.

"I took care of her the most. She was quite the girl. We all miss her." 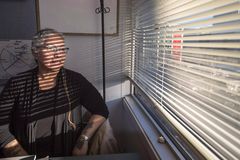 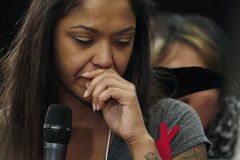 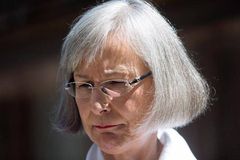