The national inquiry into Canada's missing and murdered indigenous women will not have the authority to make findings of police misconduct or compel law-enforcement agencies to reopen cold cases, according to a draft of the terms of reference.

The nine-page document, which the federal government circulated to the provinces and territories for review, says five people will be appointed to the commission, with one individual named chief commissioner.

Sources have told The Globe that the following individuals are on the draft list: B.C. provincial court judge Marion Buller; former Native Women's Association of Canada (NWAC) president Michèle Audette, who lost her bid to represent the Liberals in a Quebec riding in last fall's federal election; Qajaq Robinson, a Nunavut-born civil litigation lawyer who speaks Inuktitut; Marilyn Poitras, a Métis law professor at the University of Saskatchewan; and a First Nations lawyer who served on the Human Rights Tribunal of Ontario.

Judge Buller, who became B.C.'s first female First Nations judge in 1994, is said to be a contender to lead the commission. The Globe attempted to contact her through the Office of the Chief Judge but the office said it had not been able to reach her.

Ottawa's self-imposed timeline for the launch of the inquiry has been pushed back on several occasions while the provinces and territories study the proposed terms of reference.

The draft document, which is not dated and is watermarked "sensitive and confidential," says the commissioners will investigate and report on "systemic causes of violence against indigenous women and girls in Canada, including underlying social, economic, cultural, institutional and historical causes." The commission, which is mandated to produce interim and final reports, is directed to establish regional advisory bodies comprised of victims' families and survivors of violence.

Ms. Audette said a government official approached her about a potential appointment to the commission, and said her understanding is that no final decisions have been made. Ms. Robinson declined to comment. Ms. Poitras said she had no information to provide, and the Ontario lawyer could not be reached. Carolyn Campbell, a spokeswoman for Indigenous Affairs Minister Carolyn Bennett, said her office would not comment on the list of potential commissioners or on the terms of reference.

RELATED: The taken: How five indigenous women became the targets of serial killers

The Liberal government has so far committed $40-million over two years to conduct the inquiry into Canada's more than 1,181 missing and murdered indigenous women. Sources said Ottawa intends to dedicate further funding to help victims' relatives navigate the police complaints process if they question the quality of an investigation.

The national inquiry will inevitably review policing – a key reason Ottawa is getting the provinces and territories to sign on to the terms of reference is to ensure matters outside federal jurisdiction, notably child welfare and provincial and municipal policing, are deemed to be squarely within the inquiry's scope.

However, the draft terms of reference do not explicitly mandate the inquiry to delve into policing policies or practices. And contrary to the hopes of some victims' relatives and indigenous leaders, the document does not give the commission the power to compel police forces to reopen cold cases, pursue particular investigative avenues or probe an officer's alleged misconduct. There is no mention of the creation of an independent civilian body that would review specific investigations or police conduct – something NWAC called for in its preinquiry report to the federal government.

Several indigenous, feminist and front-line organizations have publicly criticized the draft terms of reference, which were leaked and posted online. A joint statement released Wednesday by various high-profile advocates, including from Amnesty International Canada and the Canadian Feminist Alliance for International Action, called the omission of an explicit reference to policing "shocking." It also lamented the lack of an independent case-review process.

"This appears to be sending families back in a circle, to the same authorities with whom they were/are having problems to start with," the statement says. "This risks putting the Commissioners in an untenable position as they will appear to be part of the problem, not the solution." 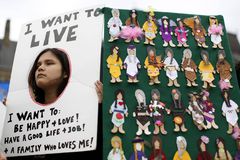 The Taken: Five women, five serial killers and how their paths came to meet
November 23, 2015
The Trafficked: Sexual exploitation is costing Canadian women their lives
February 10, 2016 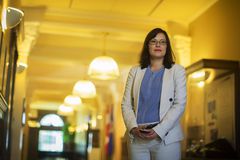 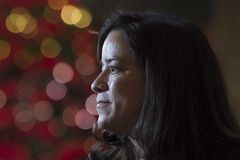