Student demands for degree-quality education as well as practical skills are driving more universities and colleges across Canada to abandon their two solitudes and join forces.

But these collaborations can make for strange academic bedfellows, and for two Ontario partners the mixing of mandates has generated friction, as well as allegations that 1,200-plus students are paying above full price for a second-rate service.

A suite of 11 Laurentian University degree programs in the social sciences, humanities, social work and commerce have grown exponentially since they were first housed at Georgian College in 2001. But Laurentian students at Georgian's campus in Barrie say even though they pay about $800 more in tuition, they have no adequate library, are starved for extracurricular options and faced pushback from Georgian officials in starting their own student union.

Although the programs' small classes and attentive professors draw praise, some students also joined a chorus of Laurentian faculty in complaining that many professors teach overly heavy course loads, lack job security and are not free to voice critical or dissenting opinions under a college roof.

Canada's universities and colleges have signed thousands of articulation agreements outlining how credits can be transferred between them, and Alberta and British Columbia have thorough, overarching transfer systems. But select schools in most provinces are working together more closely, offering joint or collaborative degrees and sometimes a diploma as well.

Ontario boasts at least 14 such collaborations to date, and the provincial government continues to press schools to partner, hoping to make it easier for students to find the education they want close to home, and to absorb growing demand without having to make costly expansions to existing institutions.

Many joint programs are hailed as successes, but what sets the Laurentian-Georgian model apart is Georgian's deep involvement in academic decision-making and teaching on Laurentian's behalf.

A report from the Laurentian University Faculty Association argues the partnership is a way of offering "more postsecondary education on the cheap," pointing out the "vast majority" of courses are taught by professors hired by Georgian, who are often contract staff commanding lower salaries.

And Ms. Howes agrees with the report's claims that Georgian-based professors are not allowed the same academic freedom as their peers at Laurentian's main Sudbury campus, citing three whose contracts were not renewed against the wishes of Laurentian departments.

Georgian College president Brian Tamblyn agreed there are "issues in any partnership," but said the two schools' different mandates and methods are not "anything insurmountable."

"Different institutions have different cultural standards and expectations," he said. "I think even the universities are wrestling with what academic freedom is. Where does it start and where does it end? It's certainly a grey area."

Last week, senior administrators from both schools met to begin talks on renewing the partnership, and to hash out what must change. Laurentian is committed to staying in Barrie, where there is rising demand for higher education, but it seems likely it will be on altered terms.

"In my opinion, [the present system]is going to be ended. The question is, when?" said David Leadbeater, the former chief negotiator for Laurentian's faculty association. "It is exploiting students by making them pay higher tuition fees than they should for college-delivered courses."

That message seems to be getting through. Laurentian president Dominic Giroux said guaranteeing Laurentian's standards and protections for faculty and students is crucial to any new agreement.

"There's an opportunity to improve, no doubt," Mr. Giroux said. "We have clear parameters to honour with our faculty members. Those need to be met, and we'll soon find out with Georgian College whether they will."

John Milloy, Ontario's Minister of Training, Colleges and Universities, is "aware of the issues" between the schools, but still believes their model has "been successful" and hopes it will continue.

Dr. Leadbeater, by contrast, thinks the arrangement puts expediency and saving money ahead of quality. "This is a touchstone for some of the most crucial issues in the future of education at the postsecondary level," he said.

A portrait of the art school's vision for graduates: Thinkers as well as makers
May 11, 2011 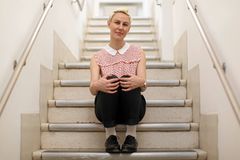 Job-seeking university graduates give it the old college try
May 10, 2011 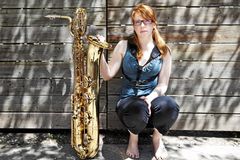 When a university degree just isn't enough
May 9, 2011 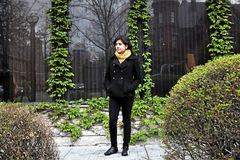 In the digital age, the much-maligned, liberal-arts degree still has deep value
May 9, 2011 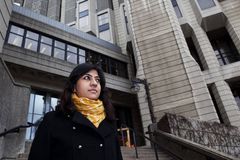