When the mobster died alongside his bodyguard in a hail of bullets outside his Montreal food supply warehouse, the hit may have marked the end of the Rizzuto Sicilian crime family's iron grip on Canada's Mafia.

Speculation that Montreal's weakened mob was facing an unprecedented local challenge for turf ended Tuesday with the murder of Agostino Cuntrera and his guard, Liborio Sciascia. Instead, investigators and experts are focusing on what appears to be a much larger tectonic shift in organized crime in Canada.

After a high-profile disappearance and a dozen mobster killings in a few years, some experts believe unnamed Calabrians connected to the rulers of the 1970s Mafia may be on the march, seeking to wrest power back from the bloodied hands of the fading Rizzuto crime organization.

Other experts say that while Montreal was the centre of power for the past 30 years - starting out with the backing of powerful New York crime families now in tatters - Ontario gangsters, including Sicilians and Calabrians backed by new, powerful U.S. patrons, may be on the rise.

Even if the killing of Mr. Cuntrera was the result of internecine fighting within the Montreal Mafia - another theory advanced by law enforcement - it would almost certainly have required the blessing of higher authorities in New York or Buffalo.

"I see this as a major turning point. … This is not just some random guy who's been killed. Someone has obviously decided to clean house," said retired RCMP intelligence analyst Pierre de Champlain, who has written extensively about the Italian Mafia's activities in Canada.

While all stress the picture is still not clear, a consensus has emerged from a half dozen leading organized crime researchers in Ontario and Quebec: The Rizzuto era, led by ailing, 86-year-old patriarch Nicolo Rizzuto and his jailed son, Vito, is all but over. New mob challengers are gaining a foothold, and vengeance.

While recent killings and a spate of fire-bombings have signalled trouble, the kidnapping of key Rizzuto consigliere Paolo Renda in May, combined with the lightning-quick ambush on Mr. Cuntrera, show the Rizzuto enemies are organized, well-financed and have the blessing of powerful underworld figures.

"The disappearance of Paolo Renda and the murder of Cuntrera signals a seismic shift in the underworld," said Lee Lamothe, co-author of a book on the Rizzuto organization. "It's not quite like the death of the pope or 9/11 for the rest of us, but for the mob, this is major. The Rizzuto sky is dark with chickens coming home to roost."

If the murders do signal the end of an era, Mr. Cuntrera's death may set a fitting bookend. It was a murder 33 years ago, orchestrated in part by Mr. Cuntrera, that put the Rizzutos in control of the Montreal underworld. While the drug trade is undoubtedly at the root of the attack on the Rizzuto organization, revenge may also be a key motivator.

Born in Sicily in 1944, Mr. Cuntrera came to Canada in 1965. His family, operating from a base in Venezuela, helped Nicolo Rizzuto and his son, Vito, set up a cocaine pipeline into Montreal and North America, putting the Rizzutos on the path to becoming what Mr. Lamothe describes in his book as "The Sixth Family."

Their main obstacle to dominating the Montreal crime scene in the 1970s was Paolo Violi, the man put in charge of the city by the Cotroni family and their New York backers. Mr. Violi, who unknowingly gave away family secrets to a police wiretap, became expendable, and New York's Five Families gave their blessing for his murder in 1978. Mr. Violi's brothers, Francesco and Rocco, were shot dead in separate hits, Rocco while sitting at the dinner table with his two sons.

Mr. Cuntrera pleaded guilty to conspiracy to commit murder and spent five years in prison. The Sicilians, led by Nick and Vito Rizzuto, rose to power.

In subsequent years, court documents and police reports show Mr. Cuntrera was often at the side of the two Rizzutos, but law enforcement didn't see him as a key leader in the organization until recently, when he was drawn into a leadership vacuum. Conscious of the threat against him, he rode in an armoured vehicle and had begun stockpiling weapons, Montreal mob expert André Noël reported in La Presse.

Once considered an all-powerful criminal family that bestrode Montreal's booming drug trade and controlled large swaths of the city's illegal gambling and loan-sharking activities, the Rizzutos have spiralled downward for several years.

Nicolo Rizzuto's son Vito, who had assumed control of the operation, was ordered arrested by U.S. authorities in 2004 and is currently in jail for carrying out a hit on a New York mobster in the 1980s. He will be eligible for parole in 2012, but quietly lodged an appeal earlier this month that could see him released as soon as this year.

In 2006, police swept up 80 members of the Rizzuto clan as part of Operation Coliseum - including the frail Nicolo, who would spend three years in jail before being released because of failing health.

Last December, Nicolo Rizzuto's grandson and namesake, and Vito's son, was gunned down in broad daylight.

"That it was even possible for that to happen says a lot about the state of the Rizzuto family," Mr. de Champlain said.

With the Rizzutos weakened by arrests, the brain trust in jail, dead or getting very old, "it was the perfect time for a rival to move against them, whether for the drug trade or to avenge something that happened 30 or 40 years ago," Mr. Lamothe said. In Sicilian mob culture, the Violi murders could not go unavenged, he added. Even three decades later.

The fortunes of the Rizzuto clan follow by a few years those of the Bonannos and New York mob families, which have been decimated by years of U.S. federal investigations, anti-racketeering statutes and high-profile defections.

Although Mafia groups in other places have also been affected, Mr. Lamothe and others suggest lesser-known bosses in places like Ontario and Buffalo have conserved their organizations and are in a strong position to take over Montreal either directly or by proxy. 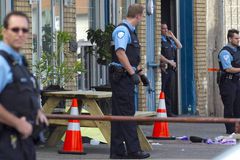 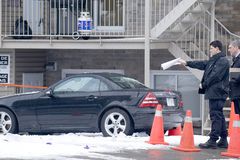 Follow Les Perreaux and Sean Gordon on Twitter @Perreaux @MrSeanGordon
Report an error Editorial code of conduct
Due to technical reasons, we have temporarily removed commenting from our articles. We hope to have this fixed soon. Thank you for your patience. If you are looking to give feedback on our new site, please send it along to feedback@globeandmail.com. If you want to write a letter to the editor, please forward to letters@globeandmail.com.
Comments are closed