Montrealers like Heidi Miller tend to embrace their city's status as the Canadian capital of festive fun. Or, at least, they tolerate it.

But when a high-speed electric-car race turned her neighbourhood into a fenced camp for weeks, she and dozens of her neighbours had finally had enough. Like most who live in central Montreal, Ms. Miller accepted that for 10 to14 days each summer, the residential streets in her area will be closed, traffic backed up and the noise level raised during public events. When the days of disruption in the summer of 2017 stretched closer to 35 – two-thirds of them dedicated to the new Formula E car race – a small activist group dedicated to taking back the streets was born.

Across Canada, cities are adding and expanding events to draw life and tourist dollars to streets. From Vancouver's Celebration of Light fireworks festival to Ottawa's La Machine robot-dragon show and Halifax's Tall Ships Regatta, millions of people flocked to popular blockbuster events this year. Every city yearns for more.

But this year, as Montreal marked its 375th birthday, and exhausted residents stumbled through one event after another, cautionary questions emerged: How much is too much? And who do the streets belong to, anyway?

Many Canadian cities look enviously at Montreal's street vibe, which is boosted by a non-stop calendar of major events that includes bike and car races and rallies, jazz and comedy festivals, sporting events, light and fireworks shows, street fairs, parades and open-air concerts.

"I would like to see Ottawa emulate Montreal a bit more," said Ottawa city councillor Jeff Leiper, who was a big supporter of the popular La Machine festivities. "They are more laissez-faire about street closures and make a conscious effort to bring people into the downtown core. As a result, it's seen as a much more vibrant city."

But even festive Montreal may have its limits. Ms. Miller and her neighbours in the new activist group are contemplating a class-action lawsuit over the Formula E.

For three weeks, crews worked day and night to set up and then tear down a racetrack centred on René-Levesque Boulevard, one of the main thoroughfares to get downtown from eastern Montreal. Concrete barricades and chain-link fences gave the area the look of a prison yard, and people were required to obtain passes to gain access to homes and workplaces. Bike, bus, car and pedestrian access was cut off. For several weeks, residents complained it was difficult to receive visitors or deliveries, or negotiate the streets with strollers or wheelchairs. Security guards were everywhere asking people going about their daily business for identification.

Ms. Miller said her boyfriend, a musician, had to find a place to store his gear because they could not get a vehicle near their home. Even on foot, getting in and out involved constant guessing about routes. A touring band from Sweden stayed with the couple this summer and, at one point, a private security guard demanded their papers before grudgingly letting them pass.

The disruption was a few kilometres from an island where the city has a dedicated Formula 1 racetrack that organizers said would not do because they wanted to hold the event on the streets.

"All of us love the city and we all love events, we're proud of our city's events," Ms. Miller said. "I brought my concerns to the head of public works and walked away feeling like the city saw people and small-business owners as these little game pieces that you move around as you play your big-boy games. Empathy is not part of that rule book."

The race raised questions about the use of public streets and sidewalks for private gain. The promoters, including the city, offered little transparency about whether they made money on the race, for which the city provided a $24-million subsidy and a $10-million line of credit.

Not just the locals were upset. A Léger marketing poll found a large majority of Montrealers thought the race was mismanaged and should have taken place at the racetrack, and that the subsidy was misplaced. In a city of 1.7-million people, 28 per cent said they were personally inconvenienced. In a testament to Montrealers' patience, they still supported the idea of the race.

Pollster Jean-Marc Léger described the event as the "first scratch" in Mayor Denis Coderre's armour before the October civic election. Mr. Coderre called it a success and declared "mission accomplished" because of television exposure and the 45,000 people who attended.

"There's a limit to the capacity and patience of Montrealers," said Valérie Plante, Mr. Coderre's chief rival in the election. "Your city can't just be a good place to visit for spectacle. It has to be a great place to live in."

There are philosophical issues to consider too, according to Bradley Garrett, a social geographer at the University of Sydney. Every city is built on shared sidewalks, streets and other spaces every citizen has a right to use. Turning over public space for private spectacle should be done only with careful consideration, consultation and transparency, he said.

"The fundamental issue is that any event on public space should include everyone," Dr. Garrett said.

Raphaël Fischler, an associate professor at the School of Urban Planning at McGill University, said he does not believe Montreal has reached a breaking point.

The city has done well to create spaces such as the successful Quartier des Spectacles square and other sites on islands where many events are held, he said.

"In general, I don't think we've reached a saturation point in Montreal or that festivals are generally perceived as disruptive," Dr. Fischler said. "But as the car race made clear … locations can be poorly chosen and there can be organizational problems."

After a month of insisting the race could not be held elsewhere, Mr. Coderre said recently that next year's Formula E might have to be somewhere else due to nearby construction. The dedicated island racetrack, he insisted, remains impossible. 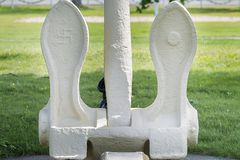 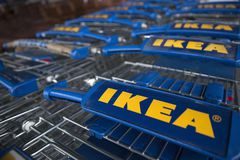 Quebec to give welfare cheques to asylum seekers next week
August 24, 2017 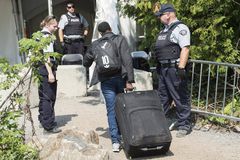