Montreal plans to carry out a massive sewage dump later this month, pouring eight billion litres of waste into the St. Lawrence River over the objections of downstream residents, environmentalists and at least one New York State senator.

A freeway demolition is forcing the city to move a major snow-melt collector, which requires draining the massive basin and all of the pipes along 30 kilometres of the city's sewage system. For about a week starting Oct. 18, the city will pour about one-third of its raw sewage from storm drains, homes and industry into the river.

Mayor Denis Coderre says there is no other choice. The city examined putting in mobile tanks or installing a $1-billion diversion system to collect the sewage and send it to the treatment plant, an astronomical sum for a one-week piece of infrastructure.

"We're not doing this frivolously. We've consulted around the world, with the best experts," Mr. Coderre said Monday. "Every option has been explored. We have no choice. We looked at all the angles."

While officials maintain there is no concern for downstream potable water intakes, people are being urged to avoid recreational activities near Montreal while the dump takes place. The city plans to release 13 cubic metres of sewage per second into the St. Lawrence, which streams at about 8,000 cubic metres a second.

"It's not even .02 per cent of the flow, so from the point of view of dilution, it shouldn't have an enormous impact," said Émilien Pelletier, a professor of oceanographic chemistry at the University of Quebec at Rimouski du Québec à Rimouski. "I'm a bit concerned about petroleum products, but the organic matter should be fine. There's probably no long-term effect. The river can take it."

That doesn't mean Dr. Pelletier endorses the plan. "It's not so much the amount of sewage they're releasing as the principle, as the example the biggest city in Quebec is setting," he said. "No business or small city would get away with doing something like this. But it's Montreal.

"If the mayor of Toronto decided tomorrow to dump eight billion litres of sewage upstream into Lake Ontario, I'm pretty sure the mayor of Montreal wouldn't like it."

Provincial environment officials have approved the plan, but the city awaits the go-ahead from the federal government. Montreal received federal approval for similar dumps in 2003 and 2007.

Denis Lebel, the Conservative Quebec lieutenant running for re-election in the province, issued a statement expressing concern about the plan. But Mr. Coderre scoffed that a Conservative might suddenly care about the environment. "Are you telling me Mr. Lebel wants to play politics with this?" he said.

Patty Ritchie, a New York state senator, sent a letter to the International Joint Commission – the body created by Canada and the United States to regulate shared waters, including the St. Lawrence and the Great Lakes – asking it to investigate. "The City of Montreal plans to dump the equivalent of 2,600 Olympic-sized swimming pools filled with waste water into North America's most beautiful river," she wrote.

"While I realize that the dumping will occur in Canadian waters downstream from any U.S. communities, I am very concerned by the precedent Montreal is setting for other communities along the St. Lawrence and the lakes."

The plan is also unsettling to cities downstream. The mayors of Trois-Rivières, Sorel-Tracy and other municipalities have said they are concerned the dump could harm fragile ecosystems downstream.

The city says late October was chosen for the dump to avoid sensitive seasons for fish.

Alberta to spend big on infrastructure
May 15, 2018 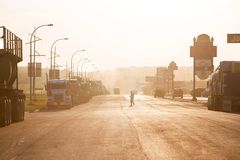 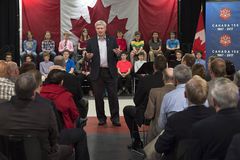