Montreal implemented its long-planned ban on plastic bags on Monday, making it the first major Canadian city to do so.

The ban covers the distribution of lightweight plastic bags with a thickness of less than 50 microns as well as biodegradable bags, which contain an additive that causes them to decompose in heat and light.

There is an exception for the thin bags that are used in grocery stores to transport fruit and vegetables to the cash register or to wrap up meat.

City officials say lost or abandoned plastic bags are a visual nuisance that cause considerable harm to terrestrial and marine ecosystems and often end up in landfills.

"We use roughly 2 billion of these bags annually and only 14 per cent are reintegrated in recycling plants," said Jean-Francois Parenteau, the city council member responsible for the environment.

Parenteau said that has given merchants plenty of time to prepare.

"As (they knew) the regulation was coming, the bag orders in big chains were already made for some time, so they are ready to respond on Jan. 1," he said in a recent phone interview.

City officials say the ban is intended to encourage people to move away from single-use products and to adopt reuseable bags.

While the measure comes into effect on New Year's Day, merchants have a six-month grace period to comply with the new rules.

Victoria has also announced its intention to ban plastic bags beginning in July 2018, while Vancouver is mulling the issue.

Several smaller Canadian municipalities have also imposed their own bans, while Toronto tried and failed to do so in 2012.

Retail and plastic industry advocates have opposed the bans, arguing they are unnecessary as well as troublesome for businesses and consumers.

The Canadian Plastics Industry Association's website argues that most shopping bags are reused and recycled, and that other measures to reduce the number of plastic bags have already been successful. 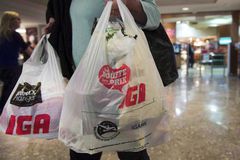 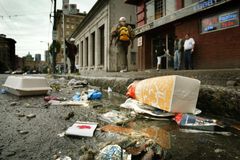 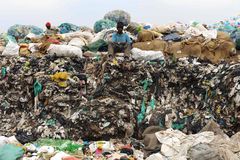