B.C. and Ontario plan to work with the CRA to track condo presale flips

The Canada Revenue Agency is already reviewing thousands of preconstruction condo sales as part of a crackdown on tax cheating. There is currently a system in place to track resales in the housing market, but presale condo purchases have fallen into a grey area. As a result, there's no way to know how common or profitable it is, and the extent of taxes owed. Investors who flip preconstruction condos only need to pay a 20-per-cent deposit. They are then able to speculate on price gains until the property is flipped.

If you like this newsletter, you might want to subscribe to our Evening Update newsletter. It's a roundup of the important stories of the day that will be delivered to your inbox every weekday around 5 p.m. ET.

Quebec is softening some provisions in Bill 62

The law on removing face coverings to obtain public services will be applied only to person-to-person interactions, provincial Justice Minister Stéphanie Vallée said. But faces will need to be uncovered in classrooms and when picking up a child at daycare, she said. "No one will be thrown off public transit, be refused emergency health care, or be chased out of a library," Vallée said. (Last week she said those taking public transit would need to uncover their faces "all through the ride.")

Critics have said the bill unfairly discriminates against Muslim women who wear niqabs or burkas. Montreal's mayor has opposed the legislation as have the premiers of Ontario and Alberta. But a poll released earlier this month found 87 per cent of Quebeckers strongly or moderately support the bill.

Justin Trudeau's response to the bill has been muted. Adam Radwanski explains why: "As he tries to close the deal with voters in ridings with strong anti-niqab sentiments, Trudeau's position on the issue – which remains that it's not the government's role to tell women how to dress – will obviously not be a selling point. But if he can avoid inserting himself too directly into the debate, and avoid being accused by nationalist Quebec politicians of attempting to interfere with provincial jurisdiction, he might be able to avoid it being a deal-breaker."

Richmond, B.C., is pushing back against retail sales of legal cannabis

"We believe, reflecting on community values here in the city of Richmond, there's a considerable number of people who would support an outright ban," Mayor Malcolm Brodie said. Many of Vancouver's conservative suburbs have already put a halt to illegal dispensaries. But it's unclear whether municipalities will have the power to enforce an outright ban on retail sales once marijuana is legalized. The federal government has said online purchasing will be available for those in areas without cannabis storefronts.

British Columbia: No official outline yet, but plans to allow mix of different retail models

Ontario: Legal age of 19, government-run stores across the province; smoking only in private residences

Alberta: A 30-gram cap for possession; minimum age of 18; no decision on state-run or private stores; public smoking rules same as cigarettes

New Brunswick: Crown corporation to oversee sales and private companies to supply product; not clear who will run retail operations.

A surprisingly strong economy has shrunk the federal deficit

But the Liberals have ditched a campaign promise to erase the deficit before the 2019 election. Instead the government announced plans to boost the Canada Child Benefit as of July, 2018. The Working Income Tax Benefit will also see a $500-million boost starting in 2019. In March, the deficit for this fiscal year had been forecast to come in at $28.5-billion. It's now projected to be $19.9-billion and the Liberals estimate it will decline to $12.5-billion by 2022-23.

Here's Campbell Clark's take: "Another finance minister, at another time, might have waited for improvement of the economy to look more like a lasting trend, before rushing to say the government is expanding supports like the Canada Child Benefit. One might have waited until the next full budget. Not Bill Morneau, not now. This was an emergency. Mr. Morneau has taken a beating for months over proposed changes to small-business taxes, and then for failing to sell his shares in the family business to guard against conflicts of interest. He's battered. The Liberal government is sliding in opinion polls. Quick, get the keys to the treasury, and a team of spin-doctors!" (for subscribers)

China's president has joined the ranks of Communist royalty

Xi Jinping's name has been added to the Communist Party's constitution, alongside Mao Zedong and Deng Xiaoping. It's not just a formality: Xi has solidified his grasp over China's direction for at least the next five years. "Xi's ability to dominate the policy-making process has just increased by a factor of 10," said Jude Blanchette, an expert in the Communist Party at the Conference Board.

Global stocks are mixed early on, and the Canadian dollar is hovering in the balance as investors await the Bank of Canada decision. Tokyo's Nikkei lost 0.5 per cent, while Hong Kong's Hang Seng gained 0.5 per cent, and the Shanghai composite rose 0.3 per cent. In Europe, London's FTSE 100 was down 0.2 per cent by about 6:15 a.m. ET, with Germany's DAX up marginally, and the Paris CAC 40 up 0.2 per cent. New York futures were little changed, though in the minus column. The loonie was trading just under 79 cents (U.S.). Oil eased but was still near a four-week high after Saudi Arabia said it was determined to end a supply glut that has been weighing on the market for three years.

NEW - We've launched a new Top Business: Evening Edition newsletter providing a summary of the biggest business headlines of the day. You can sign up for it here.

"What no one can bring themselves to admit is that, like every other war on drugs, this one has failed. The Olympic movement is long past dreams of eradication. All they do now is occasionally announce that a crime has apparently occurred and that their under-resourced cops will chase robbers. Catch them? Eliminate them? Let's not get carried away. The organized criminals may not always get away with it, but they will do so on aggregate. Just like in life." – Cathal Kelly

"The sexual harassment scandal roiling Quebec's entertainment scene deepened this week amid new accusations from a star TV presenter and signs that the companies created by high-profile comedy impresario Gilbert Rozon and talk-show host Éric Salvail are being battered by the crisis. … Both Rozon and Salvail met the start of the crisis with a general apology, as the impresario put it, "to all those I have offended in my life." In the current climate, those regrets could turn out to be far less than enough to save their careers." – Robert Everett-Green

Pregnant? It may be time to correct your posture

Here's one tip from personal trainer Kathleen Trotter: "To increase the capacity of your upper back, try standing band rows. Wrap a band around something at chest height. Step backward until the band is taut. Your shoulders should be stacked over your hips. Without letting your lower back arch, use your upper back muscles to draw your elbows backward. Pause, then slowly release and repeat 15 times."

The Battle of Agincourt

Oct. 25, 1415: The Hundred Years' War saw five generations of French and English rulers vie for the French throne, and Agincourt was a signal battle in the reign of England's Henry V. After a long campaign in northern France, the forces of the 28-year-old king were decimated by disease, exhaustion and hunger when their retreat was cut off in a muddy, open field. Vastly outnumbered and fearing the arrival of French reinforcements, Henry shifted his army forward to provoke an attack. While contemporary accounts vary, most describe English and Welsh archers firing volley after volley, mowing down the charging French cavalry and the following advance of foot soldiers. It was a decisive victory for the English and a bloodbath for the French, who lost thousands of men including a large swath of its nobility. The English suffered by some estimates less than a 10th of the casualties of their foes. – Ian Morfitt

The winter of Stephen Poloz’s discontent: What to expect from the Bank of Canada today
Subscriber content
October 25, 2017 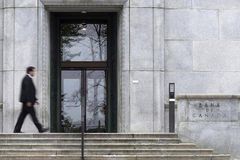