Indefinite solitary confinement is unconstitutional, a B.C. judge has ruled

The laws on solitary in federal prisons violate the Charter of Rights and Freedoms, B.C. Supreme Court Justice Peter Leask ruled. Prolonged, indefinite solitary and the lack of independent oversight of segregation go against the section of the Charter that guarantees life, liberty and security, Leask concluded. He also said laws that administer solitary confinement discriminate against Indigenous inmates and the mentally ill.

The federal government says it is already moving forward with reforms that will, among other things, usher in time limits. Federal corrections ombudsman Ivan Zinger called the B.C. ruling historic, saying "it puts an onus on creating alternatives to segregation."

China Communications Construction Co., which is waiting on Ottawa's approval to buy a major Canadian construction firm, recently told shareholders it will be setting up a Communist Party of China unit inside its corporate ranks (for subscribers). While Communist Party units have long been a reality for China-based companies, Beijing has in recent years sought to boost influence over state-owned firms. CCCC is 63-per-cent owned by the Chinese government. The company has agreed to acquire Canada's Aecon in a $1.5-billion deal. But Aecon's competitors have called on the federal government to reject the acquisition on the grounds that CCCC has a poor track record on safety and corruption, and also isn't suited to work on projects with security concerns.

The central bank raised its key lending rate a quarter point to 1.25 per cent, the third increase since last summer. The move immediately pushes costs up for borrowers with variable-rate mortgages or lines of credit. For those with a $400,000 mortgage, for example, the rate increase will add about $52 to monthly payments. Those entering the housing market were already hit with new rules last month that make it harder to qualify for a mortgage. As the head of one mortgage brokerage put it: "If they had 20 per cent to put down, their affordability has decreased by about 20 per cent with the introduction of the stress test, and then rising interest rates also decrease how much they can qualify for."

Hassan Diab was released from prison in France last week when judges dismissed terrorism charges against him. Now back in Canada, Diab wants a public inquiry into the law that resulted in his extradition to France in 2014. He said he doesn't want Canadian taxpayer compensation.

French prosecutors had demanded Diab's arrest and extradition in 2008 over allegations that he was involved in a deadly bombing of a Paris synagogue in 1980. Diab, who has always denied the charges, spent years under house arrest in Canada, but was eventually ordered extradited even though a judge said evidence against him was "weak, convoluted and confusing." He spent three years in France in solitary confinement while awaiting trial, before judges last week said the evidence against him didn't warrant proceeding.

The two countries will also form a joint Olympic team for the first time, with athletes from both sides playing together in women's ice hockey (the two nations have played together at other international competitions). North Korea plans to send a delegation of more than 400, including 230 cheerleaders, for a demonstration. It's not yet clear how many North Korean athletes will compete at the Pyeongchang Games.

Here's Cathal Kelly's take: "The North Korean delegation – the people in it – deserve as warm a welcome as anyone else. But the regime pushing them out there as propaganda tools should elicit nothing but cynicism. All the people at a Games are equal. Not all their leaders are."

Strong Chinese data on Thursday kept world stocks hovering near record highs, as bond markets pushed U.S. Treasury yields – the benchmark for global borrowing costs – to a 10-month high. Tokyo's Nikkei lost 0.4 per cent, while Hong Kong's Hang Seng gained 0.4 per cent, and the Shanghai composite 0.9 per cent. In Europe, London's FTSE 100 was down 0.4 per cent by about 5:50 a.m. ET, with the Paris CAC 40 and Germany's DAX up by between 0.2 and 0.4 per cent. New York futures were down slightly. The Canadian dollar has traded between 80.2 cents (U.S.) and 80.5 cents so far, having tumbled below the 80-cent mark Wednesday after the Bank of Canada's interest rate decision. Brent crude held steady above $69 a barrel on Thursday.

Why flying isn't as safe as we're told

"Accidents today are clearly few and far between. But do fewer crashes mean air travel is safer than before? Is flying really as risk-free as we are told? In 2001, an Air Transat jet made an emergency landing in the Azores in part because the pilot failed to realize the airplane was leaking fuel. A decade later, an Air Canada pilot mistook the planet Venus for another aircraft on a collision course. To prevent the imaginary accident, the pilot forced his airplane into a 400-feet dive over the Atlantic. … These incidents share one commonality: There were no fatalities. But can they really be considered safe? Current air accident statistics seemingly suggest so. A pilot can have judgment lapses, fall asleep at the controls or fly whilst intoxicated. But as long as the airplanes don't crash, industry execs can tout a perfect safety record. So can their government counterparts who often draw public ire following a crash." – Ashley Nunes, research scientist at MIT's Center for Transportation & Logistics

"Bitcoin's deep plunge and subsequent recovery on Wednesday underlines the battle of wills over how to value the world's best-known cryptocurrency. The virtual money, which soared as high as $18,674 (U.S.) in mid-December, has been losing ground this month. It started Wednesday by plummeting as much as 14 per cent, sinking below $9,300, before rebounding to pass $11,200 in later trading. The gut-wrenching volatility demonstrates how divided investors are when it comes to valuing a pseudo-money that has no backing in either precious metals or government support." – Ian McGugan (for subscribers)

When it comes to legal pot, will renters be equal under the law?

"Fully a third of Canadians are renters. Their right to keep pets and to smoke tobacco in their homes varies from province to province, from landlord to landlord, and even from unit to unit in some buildings. For the most part, they are able to find a place to live in as they choose. With luck, the cannabis issue will settle itself in a similar way, with some landlords allowing its use and others not, but with enough rental stock available for recreational pot smokers to be able to enjoy their new freedoms. But it will be unfair if, as may happen in Quebec, provincial law, town bylaws and landlords somehow combine to effectively ban the reasonable use of cannabis, in any location, for people who happen to be renters." – Globe editorial

It turns out the problem with recovering from sports injuries might be too much rest. A study published in this past fall split a group of patients in two: Half started their rehab program two days after their injury, while the other half started nine days later. The group that started rehab early needed a median time of 62.5 days to recover, while the group that waited an extra week needed 83 days to recuperate.

One of Canada's signature soft drinks gets its name

Jan. 18, 1907: For years, pharmacist and chemist John J. McLaughlin experimented. While his family focused on cars (his father's McLaughlin Motor Car Co. would eventually form part of General Motors), McLaughlin's focus was on soda – specifically, ginger ale. As the owner of a sparkling-water plant in Toronto, he was obsessed with creating a ginger ale that he could mass produce and sell in bottles, as opposed to following the existing model of mixing behind a drugstore counter. The most popular ginger ale at the time came from Belfast, and was dark and syrupy sweet. McLaughlin wanted something different. By 1904, he came up with what he felt was the perfect recipe. Then, he needed the perfect name. His recipe produced a ginger ale that was lighter and crisper than the Belfast soda. And, unlike the cloying Belfast version, it had just a hint of sweetness – it was dry, like sparkling wine, and he proclaimed it "the Champagne of ginger ales." On Jan. 18, 1907, he registered the trademark for the new name: "Canada Dry." – Ann Hui 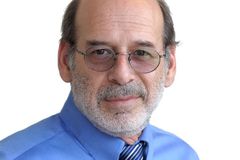 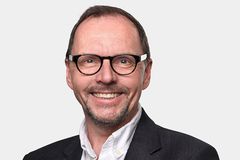