A majority of sexual assault victims have little to no confidence in the police, the courts or the criminal justice system, according to a new government survey that echoes what advocates have been saying for years.

The responses in the Justice Canada survey indicate that two-thirds of the men and women who took part had no faith in the justice system, the process of filing a complaint against their abuser and the prospect of seeing a conviction.

The majority of victims of both child and adult sexual abuse did not even bother filing a complaint with the police, fearing they would be blamed or wouldn't be taken seriously, the document says.

"Survivors also often feel they are not believed and are somehow to blame," says the report called The Victims of Crime Research Digest.

"There was a perception among some that while the survivor must cope with the traumatic experience, the accused is not punished."

The report surveyed 207 sex abuse survivors at six sexual assault centres in mostly urban areas across Canada in 2009 and represented different demographic groups, including aboriginals in the North.

It found that the majority – including 70 per cent of the male participants – did not report the abuse to police because they feared they wouldn't be believed or didn't trust the justice system.

The Justice Department declined a request for an interview.

A spokeswoman for Justice Minister Rob Nicholson sent an e-mail instead saying the federal government has implemented measures to reduce violence, such as strengthening sentences for those who commit child sexual offences. The e-mail did not respond to specific questions about the survey.

Frontline workers have long said there are too many deterrents in the criminal justice system that discourage sexual assault victims from coming forward with complaints.

Hilla Kerner of the Vancouver Rape Relief and Women's Shelter says the Justice Department findings are of no surprise.

"It's just the same old, same old," she said from her office.

"There is a general national failure of the criminal justice system to respond to women reporting on all forms of male violence against women – rape, battery, incest and prostitution."

The document, which was released late last month, said 43 per cent of men and women in the sample from northern Canada had no confidence in the criminal justice system while 35 per cent of the female sample were not very confident in the court process.

Kerner said there are several failings in the justice system that result in many cases going unreported. She said police don't do thorough enough investigations, victims are made to feel that the assault was their fault, prosecutors rarely take the cases to court and the conviction rate is low.

Her group, which receives about 1,200 calls a year, sampled a month's worth of calls last year and saw that out of 113, only 17 women decided to file a complaint with the police. Of those, one case was tried and got a conviction.

"Whenever the Crown decides to drop charges, which is more often than not in sexual assault cases, they're preventing this justice of holding men accountable," she said.

"So every time women experience the failure of the criminal justice system, not only are they as individuals losing trust in getting justice from the system, other women are witnessing that, too."

The Justice report found that 55 women out of 114 reported their assault and that 22 of those went to trial, with convictions rendered in 18 .

The findings come as governments throughout Canada mark Sexual Assault Awareness Month and weeks after the suicide of a Halifax teenager whose family says the justice and education systems failed her at every turn.

Rehtaeh Parsons, 17, was taken off life-support last month following months of what her family said was online bullying linked to an alleged sexual assault.

Parsons' family says she was assaulted by several boys at a house party in 2011 and that digital images of the assault were passed around her school.

Her death sparked national outrage and prompted the Nova Scotia government to launch reviews of the RCMP's original investigation into the case and the school board's handling of the matter.

The police also reopened a criminal investigation into the alleged assault after receiving new information. Before that, the RCMP said they had concluded there wasn't enough evidence to lay charges.

The Justice Department report said the survey participants called for sensitivity training for police on how to handle sexual assault cases, faster processing of complaints, tougher sentences for abusers and more thorough investigations.

A dating website for Canadian inmates: tales of love from behind bars
May 5, 2013 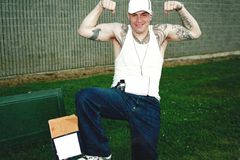 Anthropology students face abuse, even rape, at field sites
May 3, 2013 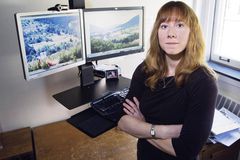 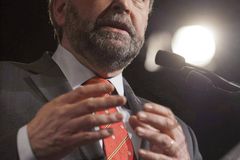 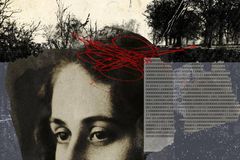 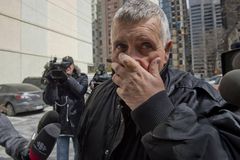