RCMP officers searched a swath of woods in northern Moncton mid-Monday across the highway from where shooting suspect Justin Bourque was apprehended last Friday after a 30-hour manhunt.

Both canine and explosives units were on hand, according to one officer who declined to be identified.

The officer told a Globe reporter not to enter the woods because of "major safety concerns" but declined to comment on the search.

Three officers were killed and two were injured last Wednesday in the grisly shootings that still grip the quiet New Brunswick city.

A row of 22 officers lined up and entered the woods behind a Target store near the intersection of Mountain Road and Wheeler Boulevard shortly after 11:30 a.m. local time. Each officer carried a long wooden stick, roughly five feet long with a metal tip.

A forensics identification services truck arrived on the scene an hour later. Officers emerged from the woods shortly after 12:30 p.m. but declined to comment on what they might have found or if the area search would continue.

The wooded area is directly across Wheeler Boulevard from Mecca Drive, where Mr. Bourque was arrested shortly after midnight on Friday. A search was also being conducted in that area as well, an officer said.

Mr. Bourque, 24, has been charged with three counts of first-degree murder in the deaths of Constables Fabrice Gévaudan, Douglas Larche and David Ross, and two counts of attempted murder.

Governor-General David Johnston announced Monday he would be attending the Tuesday memorial for the fallen officers, which will be at 1 p.m. at the Moncton Coliseum. 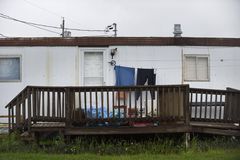 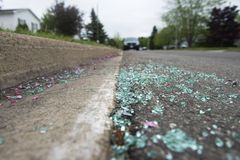 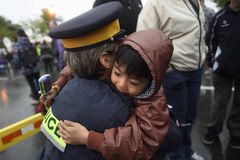 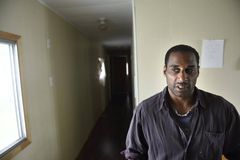 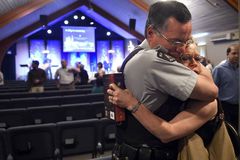