An armed RCMP officer will be present at all times during a Canada-U.S. pilot project for pre-inspecting truck cargo, says a newly released bilateral agreement.

The federal government says the measure is a reminder that Canadian law applies even though gun-toting American inspectors have set up shop north of the border.

In the first phase of the cargo pilot project, which got underway in June, U.S. Customs and Border Protection officers are working in Surrey, B.C., to conduct preliminary inspection of truck shipments crossing into Blaine, Wash.

The pilot project is part of a Canada-U.S. perimeter security pact aimed at ensuring the swift flow of goods and people across the 49th parallel while bolstering overall North American defences.

The American officers, though permitted to carry guns, are limited to pre-inspection duties – initial questioning of truck drivers to determine the admissibility of goods to the United States – and do not have power to enforce Canadian or U.S. criminal laws.

During the six-month pilot, an armed Canadian police officer is to be stationed "in the line of sight of the pre-inspection booth" at all times it is operating, says a memorandum of understanding on the project, released to The Canadian Press by Public Safety Canada.

"The Participants also understand that cargo pre-inspection processing may be suspended at a pilot location at such times that the Canadian law enforcement officer is not present," says the agreement, signed in March but not made public at the time.

The police presence "demonstrates that Canada and the U.S. are working collaboratively while ensuring Canadian laws continue to apply while in a U.S. pre-inspection zone," said Public Safety spokeswoman Josee Picard.

An RCMP officer is assigned to the British Columbia pilot project at the Pacific Highway crossing and a member of the Niagara Regional Police Service is to take part in a second phase of the initiative at the Peace Bridge connecting Fort Erie, Ont., and Buffalo, N.Y., Picard said.

A U.S. customs officer accused of using excessive force or otherwise breaking the law would answer to Canada's legal system during the pilot projects, expected to last up to 18 months.

However, the memorandum says in the meantime "options are to be developed" to address issues of officer accountability, including civil and criminal liability. It adds that failure to develop mutually agreeable options could spell the end of the pre-inspection initiative.

"Discussions are ongoing on a preclearance agreement that will respect both countries' jurisdictional concerns and both countries' sovereignty," said a U.S. embassy official in Ottawa.

The same issues of officer accountability have held up other perimeter security pilot projects that would see the two countries create integrated teams in areas such as intelligence and criminal investigations.

The Canadian Press reported this week that, according to an RCMP briefing note, the U.S. has asked that its police officers be exempt from Canadian law if they agree to participate in the projects.

The October, 2012, note said the U.S. request came despite the fact that, traditionally, co-operative initiatives in cross-border law enforcement have been based on the notion that the laws of the host country apply to illegal acts on its territory.

Liberal MP Sean Casey, the party's associate justice critic, said Wednesday he hopes Canada stands its ground and that "we not allow for any sort of sovereignty creep."

In response to a question tabled in Parliament, Casey was told in April that foreign police operating in Canada "are subject to Canadian law."

He now fears Canada might relax the long-standing host country provisions. "I hope they don't go there, but I'm worried they will." 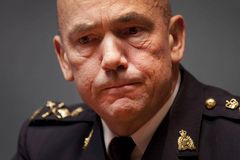 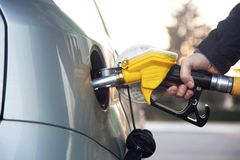 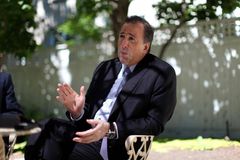