A new report says arcane rules are keeping MPs in the dark about the billions in government spending they should be scrutinizing.

Members of Parliament receive conflicting, outdated information about how billions of tax dollars are being spent each year, and get little opportunity to review fiscal plans.

Just this spring, not a single House of Commons committee was able to report on its examination of some proposed spending because the information arrived too late — and the session clock ran out.

Those are some of the findings in a Commons report released without fanfare this month, even as opposition MPs railed against the Harper government for ramming through its omnibus budget bill without proper study.

The new report, from the all-party government operations committee, argues the federal budget arrives too late each year — and says the government should instead table it by Feb. 1 annually.

The committee also says MPs should consider whether to give the parliamentary budget officer, a thorn in the side of the Harper government, more status and power to deliver essential financial data to parliamentarians.

"Parliament does not effectively fulfil its role and standing committees are at best giving perfunctory attention to the government's spending plans," says the 62-page document.

The report by the committee, chaired by New Democrat MP Pat Martin, is a non-partisan acknowledgment that parliamentarians are increasingly hogtied in their ability to review and approve government spending, a responsibility that can be traced back to the Magna Carta of 1215.

"We don't do a very effective job," vice-chair John McCallum, a Liberal MP, said in an interview. "There's a fundamental deficiency of information."

One of the biggest beefs in the report refers to rules surrounding the so-called "estimates," the government's detailed spending blueprints that are supposed to put meat on the bones of the annual federal budget.

The "main estimates" are released by March each year, setting out spending plans for the fiscal year beginning April 1. But they take no account of the federal budget, which is typically released about the same time and can significantly affect spending.

The committee says the budget should be tabled no later than Feb. 1 so the two documents can finally align, giving politicians a fuller and more consistent picture.

So-called "supplementary estimates," which contain new or revised spending information later in the year to reflect unforeseen changes in the economy or in government priorities, normally appear after the budget has been tabled.

But because of arcane House rules, these supplementary documents often escape the proper scrutiny of committees — as happened this spring when the clock ran down on the session before a single committee could finish its work.

All of the supplementary estimates were simply "deemed" to have been scrutinized, under long-standing parliamentary procedures designed to prevent any committee from holding up government business.

The new report says the rules should be rewritten to ensure committees spend at least two full weeks reviewing these supplementary spending blueprints.

Committee members also want to review the role of the parliamentary budget officer with a view to possibly upgrading his status to a full officer of Parliament, with stronger powers.

The current officer, Kevin Page, has frequently complained that departments rebuff his requests for key financial information with impunity. In minority reports, both NDP and Liberal committee members simply want the job upgraded, without the need for further study. Mr. Page now is an employee of the Library of Parliament.

MP Mike Wallace, the Tory vice-chair of the committee, notes that existing procedures date back decades, and must be fixed to help parliamentarians do their jobs.

"We want some change," he said in an interview. "We will be keeping the government's … feet to the fire on it to see if we can implement some of these changes."

The report asks for government responses on 16 recommendations by March 31 next year.

Ned Franks, a retired Queen's University professor and expert on parliamentary affairs, applauded the committee's effort to rewrite rules that block it from properly scrutinizing spending.

"They're going in the right direction," he said in an interview.

"It's really unfortunate because the estimates are one of the most important documents that the government tables in Parliament. And to be polite about it, the parliamentary scrutiny of the estimates has been pretty spotty."

"The committees in my view need every help they can get, and I think the parliamentary budget officer is a great innovation."

But he argues the committee should go farther. Current rules forbid parliamentarians from demanding spending higher than proposed in the estimates, and any effort to reduce proposed spending can be construed as a vote of non-confidence, possibly triggering an election.

Mr. Franks would like to see those rules relaxed so MPs can deliver substantive reports, rather than having a "feast but no utensils to eat it with."

Mr. McCallum says that even with the restrictions Franks cites, better information about spending plans would allow committees to call witnesses to testify about the impact of cuts or changes.

"Even though we couldn't change [the estimates], we could bring a light to bear on what they were going to do," he said. "We'd be a whole lot further ahead." 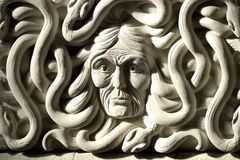 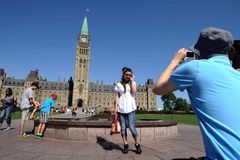 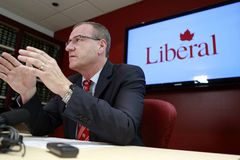 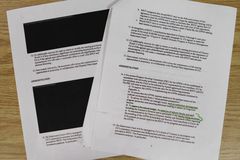 Minimalist shuffle shows Harper has his team in place
July 5, 2012 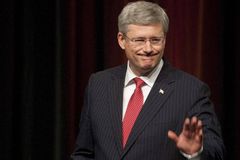 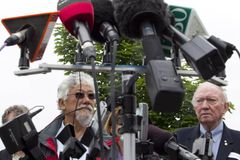 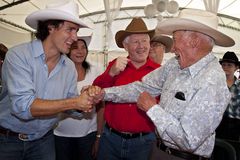