To the executives and politically powerful who vacationed on Tony Accurso's yacht, a new figure can be added – "Mr. Three Per Cent."

Bernard Trépanier, a political fundraiser who earned his nickname for the alleged cut he obtained from Montreal contractors, admitted to Quebec's corruption inquiry that he holidayed on the luxury boat known as The Touch.

The yacht has become almost as famous as its owner, the construction magnate, Mr. Accurso. It gained notoriety following disclosures it welcomed the former chairman of Montreal's executive committee, Frank Zampino, while Mr. Accurso's firm was in the running for a $356-million city water-meter contract. A consortium that included one of Mr. Accurso's firms later won the bid.

Mr. Trépanier, who resumed his testimony before the Charbonneau commission on Monday after a two-week hiatus, said he took a week-long vacation on The Touch in the company of Montreal engineering boss Bernard Poulin as well as Mr. Accurso, whom he described as a close friend.

Mr. Trépanier, who was chief fundraiser for the then-ruling Union Montreal party, says he never talked shop on the boat, preferring to read and spend time alone.

That earned a surprised response from Justice France Charbonneau, who presides the inquiry and expressed incredulity that a man whose job was business development would refrain from discussing business.

Mr. Trépanier is to be the last witness to testify at the probe before the top figures in the city hall hierarchy – Mr. Zampino and ex-mayor Gérald Tremblay – take their turns.

The fundraiser denied the testimony of numerous witnesses who said he sought kickbacks from engineering and other firms in return for obtaining city contracts. Some have suggested he was pocketing the cash, but Mr. Trépanier denied it and challenged his portrayal as a pivotal figure in Montreal's system of collusion.

Instead, Mr. Trépanier steadfastly attempted to limit his role, saying it was simply his job to sell tickets to political fundraisers from contractors doing business with the city. He said he favored cheques over cash, but he did occasionally accepted liquid donations.

He once "discretely" took a $40,000 cash donation from an executive at engineering giant SNC-Lavalin. The money was placed in a safe at Union Montreal headquarters, and the party's official agent, Marc Deschamps, was advised.

Mr. Trépanier acknowledged that the larger the size of the contracts obtained by construction bosses, the greater the amount in political donations he attempted to obtain from them.

Mr. Trépanier admitted to the commission Monday that he was in frequent contact with major construction entrepreneurs that did business with the city, including bosses Paolo Catania and Mr. Accurso. Phone records Mr. Trépanier spoke to Mr. Catania 1,300 times.

He called the man nicknamed Mr. Sidewalk, Nicolo Milioto, 81 times in a period in the lead-up to Montreal's 2005 municipal election. He says Mr. Milioto was an "acquaintance," and as with other entrepreneurs his goal was to sell tickets to Union Montreal fundraising cocktails. "I had tickets to sell," Mr. Trépanier said.

The commission also heard about Mr. Trépanier's links to the Quebec Liberal Party; he and his wife donated $25,000 to the party in the 2000s, the maximum allowed by law. 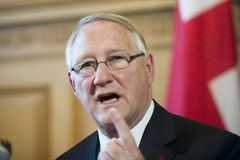