The death of a Canadian multiple sclerosis sufferer after he underwent a controversial procedure to unblock veins in his neck was, if not inevitable, at least predictable.

Mahir Mostic, 35, died because he bought into the hype. He paid $30,000 to a Costa Rican clinic to undergo venous angioplasty - to expand blocked veins in his neck - in the hope that it would relieve the debilitating symptoms of MS. Complications from the surgery killed him.

The expectations for the so-called Zamboni procedure have become so grossly inflated that the bubble was due to burst, and it has, in spectacularly tragic fashion.

Some people claim the procedure has cured them. Some have seen their symptoms improve after surgery. But one man is dead, a number of others with MS have suffered devastating complications, and still more have spent their life savings in vain. (No pun intended.)

So where does that leave people with MS?

It leaves them exactly where they were one year ago - when intriguing research by Dr. Paolo Zamboni exploded into the headlines - notably on CTV National News and in a companion piece in The Globe and Mail. ( Mea maxima culpa.)

The media, of course, are being blamed for fuelling the hype. In response to Mr. Mostic's death, some have already said there is blood on our hands.

But let's go back to the initial story, published exactly a year ago on Nov. 20, 2009. The headline read: "Researcher's labour of love leads to breakthrough in treating MS: New way of thinking about debilitating disease has yielded stunning new treatments - but MS societies urge sufferers to be cautious before experimenting."

The story told of Dr. Zamboni's theory that chronic cerebrospinal venous insufficiency (CCVSI) was a cause (not THE cause) of MS, and that clearing blockages in the neck could alleviate symptoms. That his wife had undergone the surgery - poetically dubbed the liberation procedure - and seen her symptoms improved gave the story a lovely romantic touch. But the story also cautioned that "evidence is too scant and speculative to start rewriting medical textbooks" and that "MS sufferers should not rush off to get the surgery."

In the blogosphere, however, the provisos evaporated and the "liberation" treatment was billed as a miracle cure.

Patients began to clamour for the surgery - and understandably so, because the treatments for MS are, in many cases, frustratingly ineffective. Many were willing to invest their life savings, and clinics - in Poland, in Costa Rica, in Bulgaria - were more than happy to take their money.

The initial reports from patients fuelled the hype, and increasingly breathless media coverage. Those crippled by MS began walking - seemingly on water. Those who urged caution were shouted down, dismissed as pawns for Big Pharma. There were demands for the liberation procedure to be funded in Canada. Health ministers vowed to finance research.

Meanwhile, science took its course. Researchers cautiously tried to reproduce Dr. Zamboni's initial findings. A study done in Buffalo, N.Y., found that 62 per cent of MS patients had blockages in their necks; but so did 45 per cent of people without MS.

Dr. Zamboni himself joined the chorus of those urging a go-slow approach and told patients not to get the surgery until there was a better understanding of the potential risks and benefits.

Then less rosy reports about liberation surgery began to surface. Veins collapsed in about half of those who underwent angioplasty and stents were required. Patients initially felt better. Then, weeks after the procedure, blockages reappeared; many suffered dangerous blood clots, a common side effect of stenting. (Mr. Mostic, for example, died after treatment for blood clots.)

The story of "liberation" is a brutal reminder that any intervention - drugs, surgery, etc. - that has a potential benefit has an equal or greater potential for harm. In medicine, there are no free passes.

The saga is also a sobering reminder that, as much as we yearn for simple solutions, they rarely exist. Liberation procedure may yet prove to be an effective treatment for a subset of MS patients, but the scientific evidence is not there now.

Multiple sclerosis remains a bedevilling autoimmune disease - not one that can be miraculously cured with a little plumbing of the neck.

Editor's Note: The controversial "liberation" procedure, performed on patients with multiple sclerosis, consists of angioplasty (and sometimes stenting) of the veins - not the arteries - of the neck. Incorrect information appeared in the original newspaper version of this column and an earlier online version. This online version has been corrected. 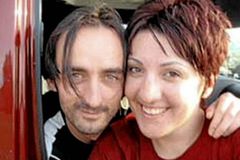 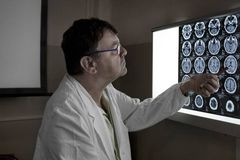 Opinion
MS patients with a different message
September 30, 2010
Follow André Picard on Twitter @picardonhealth
Report an error Editorial code of conduct
Due to technical reasons, we have temporarily removed commenting from our articles. We hope to have this fixed soon. Thank you for your patience. If you are looking to give feedback on our new site, please send it along to feedback@globeandmail.com. If you want to write a letter to the editor, please forward to letters@globeandmail.com.
Comments