The full brunt of Canadian law bore down on Désiré Munyaneza, the Rwandan who pitched in on the extermination of Rwandan Tutsis in the 1994 genocide.

Mr. Munyaneza was sentenced to life in prison with no chance of parole for 25 years today, the toughest penalty available under Canadian law, which is usually reserved for domestic murderers.

Mr. Justice André Denis of Quebec Superior Court handed down the sentence, putting a cap on a trial that took place over two years in four countries and cost at least $4-million.

Mr. Munyaneza lead a team of Hutu murderers in the spring of 1994 during the massacre that lead to the death of at least 800,000 Tutsis and their moderate Hutu sympathizers. Witnesses testified that he raped women and helped organize the killings of dozens of people.

Mr. Munyaneza fell into the hands of Canadian justice in 2005, when the failed refugee claimant was arrested in Toronto under the new Crimes Against Humanity and War Crimes Act.

The law allowed Canadian residents to be prosecuted for genocide, war crimes and crimes against humanity.

Mr. Munyaneza is the first person prosecuted on the law. His lawyer, Richard Perras, has already filed an appeal. All sides agree the case will eventually be put to the Supreme Court of Canada.

Mr. Munyaneza was an intellectual and son of a shopkeeper in the Butaré area of Rwanda as the genocide began. His family had stockpiled machetes just before the attacks began.

Mr. Munyaneza was an "educated and privileged" member of the local elite in Butare, Judge Denis said. Mr. Munyaneza helped engineer the plan to kill Tutsis in the area, and killed dozens by his own hand, making his crimes deliberate and premeditated and justifying the toughest sentence under Canadian law, the judge said.

Mr. Munyaneza "chose to kill, rape and pillage in the name of the supremacy of his ethnic group, reminding us that every time a man claims to belong to a superior race, a chosen people, humanity is in danger," the judge wrote in a 12-page ruling.

During his trial, Mr. Munyaneza produced several witnesses who did little more than deny the genocide, the judge said.

"We know that denying a genocide is to kill the victims a second time," the judge said.

"There is no greater crime than genocide, crimes against humanity and war crimes."

Court finds Rwandan guilty of war crimes
May 23, 2009
Opinion
A war-crimes trial that set a precedent before its verdict
May 21, 2009 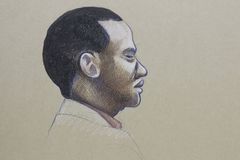 Follow Les Perreaux on Twitter @Perreaux
Report an error
Due to technical reasons, we have temporarily removed commenting from our articles. We hope to have this fixed soon. Thank you for your patience. If you are looking to give feedback on our new site, please send it along to feedback@globeandmail.com. If you want to write a letter to the editor, please forward to letters@globeandmail.com.
Comments are closed