Philip Boudreau called his red and white speedboat the Midnight Slider. He'd roar around Petit-de-Grat harbour, sometimes accompanied by his golden Lab, Brodie, often in the hours before dawn under cover of darkness.

He'd dock at a friend's wharf, just below the Corner Bridge store, where residents pick up groceries, baked goods, mail – and gossip – in this Acadian village. The 43-year-old was a regular, well-known as a character, but also as a criminal who spent time in Dorchester and other prisons.

On the morning of June 1, 2013, the Midnight Slider was found capsized by a fisherman. Mr. Boudreau's ball cap and rubber boots turned up, too. But not Mr. Boudreau – and several days later, the three fishermen on the lobster boat the Twin Maggies, who knew him, were charged with his murder. It is alleged they killed him because they believed he was tampering with their traps.

Now, nearly a year and a half later, Mr. Boudreau's body is still missing and the Midnight Slider is a crucial piece of evidence in his murder.

James Landry, 67, who would drop by the Boudreau home for a cup of tea and at times give the family money to send to their son in prison, is the first to be tried for Mr. Boudreau's death, in what is being called the "murder for lobster" trial.

On Friday, a jury began deliberations in Nova Scotia Supreme Court in Port Hawkesbury, 48 kilometres from Petit-de-Grat, and was scheduled to resume on Saturday morning. Mr. Landry has pleaded not guilty to second-degree murder.

Lobster fishing is a lucrative business in the Maritimes – last year the catch in the three provinces totalled $891-million. About $7-million worth is caught in the Isle Madame area, where the Twin Maggies and Mr. Boudreau's brother Gerard fished. There are 64 lobster licences and the season is only two months long. Although nothing dictates where the fishermen can put their traps, it is decided by gentlemen's agreements that go back decades.

"You take your chances if you go into an area and somebody doesn't like it," says Gilbert Boucher, president of the Richmond County Inshore Fishermen's Association, which includes Isle Madame. "Your gear might be tangled up. Normally nobody cuts your gear. They might tow it in a bundle the first time and warn you that you shouldn't be fishing in their area."

"This case is about murder for lobster," Crown prosecutor Steve Drake told the jury. "It's not about loss of control. The crew of the Twin Maggies carried out a sustained attack."

Mr. Boudreau's four-metre boat was rammed three times by the 11-metre lobster boat; Mr. Landry fired four shots from a rifle at his boat and one shot is believed to have hit his hip, the jury heard.

"Stop, James, stop," Mr. Boudreau yelled at Mr. Landry, according to evidence. But the attack continued, and Mr. Boudreau's boat was overturned by the Twin Maggies, court heard. The battered boat with its four bullet holes was stored in the courthouse garage and shown to the jury.

"I wanted to destroy him. I was seeing black. I was so mad," Mr. Landry told an RCMP interrogator, days after first telling police he hadn't even seen Mr. Boudreau the morning he went missing. Mr. Landry had said Mr. Boudreau had been cutting his traps for years and had also threatened to set Mr. Landry's house on fire.

The jury was told that Mr. Boudreau was hooked with a gaff and dragged out to sea, where his body was tied to an anchor and sunk in an area 22 metres deep.

Dwayne Samson, the captain of the boat and Mr. Landry's son-in-law, is also charged with second-degree murder. His wife, Carla, Mr. Landry's daughter, is charged with accessory after the fact, as is Craig Landry, a distant relative of James and crewman on the Twin Maggies. The latter was initially charged with second-degree murder, but that was withdrawn after he helped police with a re-enactment of the incident. He was a key Crown witness at the James Landry trial.

The case has rocked peaceful Isle Madame, the small island where Petit-de-Grat is located. About 3,800 people live on the island, where the pace is slow and everyone knows – or is related to – everyone else.

"Well, I will be honest. It does feel less friendly," says Karen Perry, Mr. Boudreau's sister-in-law, about how the community has changed since his death.

Mr. Boudreau lived with his parents, Gerald, 88, and Mary Louise, 70, in the house where he grew up with his sister and two brothers. The view from there is an unobstructed panorama of the harbour but also of Mackerel Cove, where Mr. Boudreau is believed to have died. It is now a constant reminder of their loss. They are sad and angry, and are not attending the trial. "What is done is done," says the elder Boudreau, who was a lobster fisherman and whose oldest son, Gerard, now has the licence. "He [Philip] won't come back."

The Boudreau family knows Philip was no angel, but they saw a generous and humorous side of him and always remained supportive. Philip's older sister, Margaret Rose, has not missed one court appearance and keeps her parents apprised of events. Not long ago, she and her daughter got matching tattoos: Written across the back of her neck and below her daughter's collarbone are the words "Midnight Slider." 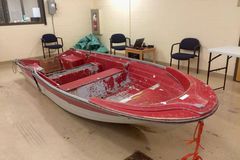 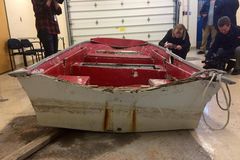 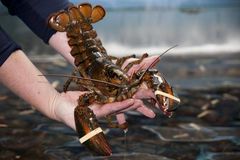