The murder trial derailed last month by the courtroom antics of a smirking prosecutor is back on as a judge-alone case.

A lawyers' agreement essentially to complete the nearly finished trial before Ontario Superior Court Judge Nola Garton without a jury obviates the need for witnesses and evidence to be called anew.

The continuation, accepted by Judge Garton and approved by Andrew Locke, director of Crown operations for Toronto, on Tuesday, is considered a third trial.

But in practical terms, it means that the evidence already before the judge is complete.

Erika Mendieta, now 34, is accused of second-degree murder in the Nov. 13, 2003, beating death of her three-year-old daughter Emmily.

Ms. Mendieta's first trial, a year ago, ended in a mistrial when jurors - faced with a witness-box confession by Ms. Mendieta's ex-boyfriend - couldn't agree on a verdict.

The ex-boyfriend can't be charged as a result of his courtroom confession because he was testifying under the protection of the Canada Evidence Act.

Ms. Mendieta's second trial began in October and was nearing the finish line late last month when jurors sent a note to the judge complaining about a blonde man who was rolling his eyes, making faces and "distracting" them.

What the jurors didn't know was that the man was Paul Alexander, one of the assistant Crown attorneys who had prosecuted Ms. Mendieta on the first go-around.

Although he wasn't working on the second prosecution, he nonetheless showed up as a spectator when Ms. Mendieta was testifying. His actions are now under review by the attorney-general's office.

After the judge received the note, Ms. Mendieta testified in the jurors' absence that she too had noticed Mr. Alexander, recognized him as the prosecutor in the first case, and felt sufficiently intimidated by his presence that, she said, she may have answered some questions in cross-examination differently that she would have otherwise.

Judge Garton then dismissed the jurors and declared a second mistrial.

"If you are willing to judge her, she is willing to be judged by you," Robin Parker, one of Ms. Mendieta's lawyers, told Judge Garton on Tuesday.

Ms. Mendieta then formally "re-elected" a trial by judge alone, although the defence team and prosecutors have agreed that no more evidence will be called.

The lawyers are back in court Dec. 14 for closing arguments.

Prosecutor accused of making faces got 'caught up in being a human being': Crown
November 25, 2010 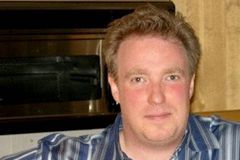 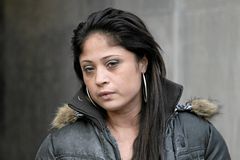