At the start of most murder trials, jurors are told of the horrors they will soon encounter: photographs of blood and dead bodies, or videos of disturbing crime scenes. This raw access to the aftermath of a killing will take months to scrub clean from their minds.

Detectives and prosecutors work to ensure such gory images are never made public. But now the Internet has eroded the judiciary's role as gatekeeper, leaving the door open to a morbidly curious community that seeks out the very kind of filth once considered taboo – some of it produced by the killers themselves.

This perversely voyeuristic subculture is not new, but now it's gone mainstream, making celebrity-seeking killers into broadcasters who use Google and social media to self-promote.

This week, an estimated 300,000 viewers watched a dismemberment video posted on an Edmonton-based website. After the search for suspected killer Luka Rocco Magnotta stretched overseas, even more viewers began seeking out the footage of a man being stabbed with an ice pick and his body ripped apart, with the pieces later sent by post to political parties in Ottawa.

Police have since been able to get the video removed from the site, but the footage has been copied and continues to pop up elsewhere, making it nearly impossible to delete permanently.

Many commentators who viewed the 10-minute snuff film doubted its authenticity, which shows how much fiction and reality become blurred in cyberspace, which often strips away context.

Nonetheless, Norwegian extremist Anders Breivik clearly understood the power of the Internet when he published his 1,500-page manifesto online shortly before embarking upon the killing rampage that took 77 lives last July.

And just imagine what it would have been like if past notorious killers such as Charles Ng or Paul Bernardo, who videotaped the torture and abuse of their captured female victims, had made their videos public – finding an audience for gross-out content at the outer limits of the macabre pop-culture continuum from CSI and Saw.

Have we become so desensitized by fake violence that a disconnect is forming between our fantasy and real-world lives?

This has happened in Canada before. In 2008, Edmonton filmmaker Mark Twitchell amassed an online following while training himself as a wannabe serial killer. Inspired by fictional HBO TV killer Dexter Morgan, he wrote on Facebook how he had "way too much in common" with the television character.

He was making a horror movie that police later noticed seemed to mirror the plight of an actual missing man named Johnny Altinger. He also created a Facebook account pretending to be Dexter, which detailed his preparations for a killing spree modelled on his script.

Nobody saw any of this as strange. No one called police. Mr. Twitchell's social-media contacts actually began encouraging him. "Do this well Dex," one wrote, "and it could be really really cool."

The reality had been obscured by the fantasy and a person soon lost his life.

While Mr. Twitchell's online followers weren't complicit in the crime, they unwittingly played a part in a killer's hidden agenda – something worth remembering as we wonder about the motives of another social-media killer..

Like Mr. Twitchell, Mr. Magnotta has crafted an online persona that he wants his audience to see – the pretty-boy model fighting accusations that he killed kittens and once dated schoolgirl-killer Karla Homolka. He runs his own website and a handful of Facebook profiles, and is believed to have started the nasty rumours he later denied.

There will be an online hailstorm if any of Mr. Magnotta's social-media accounts burst back to life during this international manhunt. He already has doubled his following on Twitter since his arrest warrant was issued, and he hasn't posted a single word on the site in more than two years.

But here we are, captivated and awaiting his potential next moves, likely feeding into what he has always deeply craved: fame.

Steve Lillebuen is the author of The Devil's Cinema , which explores the transformation of filmmaker Mark Twitchell's horror script into a real-life murder. 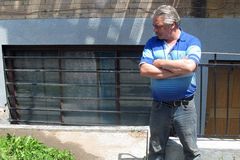 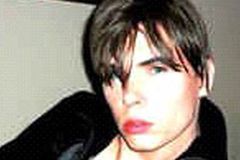 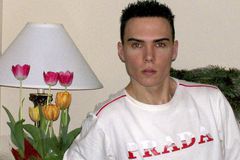 Canadian and U.S. polices ignored tips about murder video, U.S. lawyer says
May 31, 2012
Follow us on Twitter @globeandmail Opens in a new window
Report an error Editorial code of conduct
Due to technical reasons, we have temporarily removed commenting from our articles. We hope to have this fixed soon. Thank you for your patience. If you are looking to give feedback on our new site, please send it along to feedback@globeandmail.com. If you want to write a letter to the editor, please forward to letters@globeandmail.com.
Comments