A joke that a Montreal school monitor misheard eventually landed a Muslim teenager in custody, with officials convinced that the youth was planning to blow up their school and officers taking him away in handcuffs, a civil suit alleges.

The teenager and his mother are suing Collège Charlemagne, a private school in Montreal's West Island, alleging that his academic prospects were damaged after he was singled out and framed as an extremist.

The incident, which unfolded in the fall of 2015, illustrates the tensions and fears in Montreal schools after a spate of incidents of students becoming radicalized.

Earlier that year, Montrealers were shocked by the departure of seven young people who left secretly to join the ranks of the Islamic State in Syria. Another eight young people were intercepted just before they boarded a flight for the Middle East.

Documents filed in the civil suit show that officials at Collège Charlemagne were convinced that they had a similar case on their hands. They told police that the teenager had become solitary and sullen, that he had a "couldn't-care-less" attitude.

"Feelings of frustration, anger or unhappiness are no longer normal adolescent expressions but are rather re-interpreted as threats … the scales have been tilted toward an assumption of threat rather than the presumption of innocence," Dr. Deisman said.

Because he appeared in youth court, the teen's name cannot be published.

His court filing describes him as Muslim, with a mother born in Morocco. He was 15 at the time, studied in Grade 11 and was a successful track athlete.

According to his statement of claim, the student's troubles began on Oct. 13, 2015, when he and a few friends gathered to complain about their poor marks in a chemistry lab.

The statement of claim says that the teenager quipped to his friends that he would jump off a second-floor public space ("je vais sauter de l'agora") if that happened again.

A school monitor, Céline Primeau, who was nearby, thought he had said he would blow up the school ("Je vais faire sauter l'école"), the lawsuit says.

When she asked him whether he was serious, he replied sarcastically "yes," the lawsuit said.

A police report included in the court filing shows that school administrators filed a complaint with police, telling investigators that the teen had been withdrawn and antisocial, that he didn't respect authority and that he was heard yelling "al-Qaeda."

"He read the Koran this summer," school principal Julie Beaudet said with no further explanations, in a witness's statement provided to police.

Police arrested the youth at his home on the evening of Oct. 14. Because he was a track athlete, they handcuffed him, fearing that he could outrun them.

He was questioned then released around 2:50 a.m.

He was charged with one count of uttering threats, and the school expelled him.

By the time he appeared in court in January of 2016, his lawyer had secured several depositions from students saying that the teenager's remarks had been misinterpreted by the school monitor.

Furthermore, the students alleged that the monitor, Ms. Primeau, had a testy rapport with minority students, who said she used words like "negress" and pronounced Asian students' names in a mocking way.

While the defence had those depositions, the Crown didn't produce any evidence, the court minutes show. The teenager was acquitted.

His statement of claim says Collège Charlemagne offered to reinstate him on the condition that he apologizes for his behaviour.

Instead, he transferred to another school, but his family says his academic record has suffered.

The case is remarkable because of the way the Crown decided to proceed to trial, then failed to argue its case in court, Dr. Deisman said.

"It may be that the process was intended to be the punishment and that it was pursued for its symbolic value."

The teenager's mother said in an interview with La Presse, which first reported the case, that her family had been "a model of integration," noting she even voted for the Parti Québécois.

The school and its lawyers didn't answer queries from The Globe and Mail.

Court records show that the school filed a motion to force the city of Montreal to become co-defendants, blaming the municipal police for failing "to consider all relevant elements in their investigation," and saying the city should share the bill should it have to pay damages.

The city of Montreal in turn argued it had no role in what was just a contractual dispute between the school and the student. A judge rejected that argument last month. 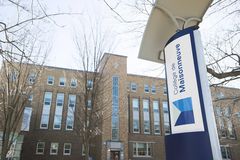 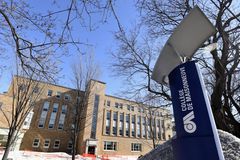 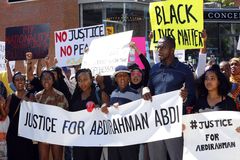