The fish are hard to look at.

One whitefish has a golfball-sized tumour bulging from its side. Another is simply missing part of its spine, its tail growing from a stumpy rear end.

One has no snout. Another is coloured a lurid red instead of a healthy cream. Others are covered with lesions and still others are bent and crooked from deformed vertebrae.

All were taken from Lake Athabasca, downstream from the oil sands in northern Alberta, and were on display Thursday. All are reasons, say a group of scientists and aboriginals, for the federal government to conduct an independent study on what's happening to the Athabasca River and its watershed after decades of industry expansion.

"A lot of people are afraid to eat fish from the lake," said Robert Grandjambe of Fort Chipewyan, which is also downstream of the oil sands. "It's time we had a proper monitoring study done."

Prominent scientists, two area doctors, five past and present First Nations leaders, a local member of the legislature, the mayor of the Wood Buffalo municipality that includes Fort McMurray, and other area residents all support a letter requesting such a study that was sent to Prime Minister Stephen Harper on Thursday.

The fish aren't part of any formal scientific survey. But local anglers say the number of such deformed and disturbing catches is growing.

"I never even saw deformed fish in my younger days," said Mr. Grandjambe.

Also growing are the number of studies that link the oil sands industry and increasing levels of contaminants.

"I'm hoping that the prime minister will listen and some of the other politicians involved will say, 'This data is convincing enough,"' said University of Alberta biologist David Schindler, who has published a couple of such studies himself. "We've got to get closure on this and bring all of these suggestive studies together in a study that documents ... a possible link between fish health and human health."

Federal Environment Minister Jim Prentice told radio station CHQR on Thursday he is listening to calls for a monitoring program and said he has met with Mr. Schindler on the topic.

"I intend to get the bottom of it," he said. "(Schindler) showed me the research he has done. I intend to have some other people who have scientific expertise sit down with him and go through that, and then I'll determine what the next steps are."

Mr. Prentice said his department is testing out a new "fingerprinting" machine that can help determine if substances are naturally occurring or are from the oil sands.

"We'll be able to test in the water and determine where any substances came from. Not only whether they're in the water, but actually trace them back to their source."

Mr. Schindler said problems with fish started in the 1980s. "I began to hear complaints about bad taste, suspicious tumours and things like that."

A 1996 study on northern river basins called for a specific examination on contaminants and health.

"Nothing was ever done."

In 2007, Environment Canada completed work showing high levels of deformities in fish embryos exposed to oil sands. In 2008, Mr. Schindler himself did research that led to two published studies showing that levels of hydrocarbons - some carcinogenic - and toxic heavy metals, including mercury and lead, are both growing and linked to industry.

That same year, a study for the Canadian Council for Ministers of the Environment concluded that 12 per cent of Alberta's forest soils had probably reached the limit of how much acid they could hold, probably because of the oil sands.

Mr. Schindler said he is "very confident" that the fish presented Thursday, all caught by local fishers, demonstrate that the number of deformities is on the rise.

The Alberta government monitors the area's environment, largely through information provided by industry, but Mr. Schindler said the province's program lacks transparency and credibility. He points out that the industry's own figures in the federal pollutant registry show hundreds of kilograms of contaminants are released into the environment annually, yet don't show up in provincial reports.

"Any program that can't detect hundreds of kilograms of pollutants going into the atmosphere is an incompetent program."

Mr. Grandjambe agreed that it's time for the Alberta government to step aside and let Ottawa do the work.

"There's so much uncertainty and so much distrust of the government right now," he said.

"Fort Chipewyan is not healthy. A lifestyle is being stolen away." 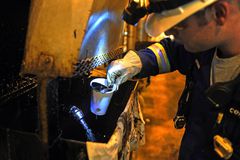 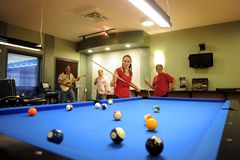 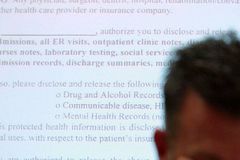