Nothing says Christmas to George Ruggiero and his family like live eels.

In the Ruggieros' holy-day rituals, derived from generations of meat-free meals served in the rugged Italian region of Puglia, hauling the slippery fish home from market is the essential starting point for a Christmas Eve feast that has outlasted the Vatican's old rules on dietary abstinence.

"It's a time when family and tradition and a special occasion all come together," the Toronto real-estate lawyer said as he proudly recited his 81-year-old mother's recipe for celebratory pasta infused with eel juices.

But now this tradition is in danger of disappearing as government agencies contemplate placing tighter limits on a creature that is widely seen to be in a fragile state.

In Ontario, the fish is designated as endangered: A scientific survey last year didn't find a single wild eel. In Quebec, the province has bought back eel-fishing licences to restrict the catch along the St. Lawrence River. In both Canada and the United States, the status of the eel is under official review, with the possibility that both countries could impose crippling restrictions on what remains of the fishery.

"It's pretty universally accepted that there's a problem," said John Casselman, adjunct professor of biology at Queen's University. "But we don't know whether we're moving fast enough or doing enough of the right things to solve the problem in time."

Elusiveness is characteristic of the eel. Aristotle thought it was generated spontaneously from the mud, and Freud began his scientific career fruitlessly searching for the male eel's reproductive organs before choosing a career path that took a less literal approach to sexuality. With their writhing vigour, eels served as a symbol of potency for pagan winter-solstice feasts that were the precursor of Christmas celebrations.

The eel's approach to reproduction, and therefore repopulation, remains something of a mystery: The wriggling fish that shelters in the murky depths and only moves by night, that starts and ends its life clustered in the spawning grounds of the remote Sargasso Sea but spends most of its adult days sheltered along the Atlantic Coast and up its tributaries, has existed for millions of years without giving away its secrets. Even now scientists sheepishly admit they have yet to see it spawn.

Not surprisingly, given the eel's elusive ways and expansive range, it's been hard to find the cause of its apparent decline. Could it be pollution? The numerous dams that block its movement? Overfishing? Illegal poaching to supply China's booming aquaculture trade? Or is the disappearance just temporary, a random dispersal caused by oscillating ocean currents that carry barely visible eel larvae to their scattered habitats?

Regional disagreements add to the complexity of the problem. As well as being a Christmas symbol, the embattled eel now represents the fractures of Canadian federalism, since Maritime fishermen who don't face an eel shortage may soon be asked to give up their livelihood to reinvigorate Ontario and Quebec's lost tradition.

"It's the old global-local conflict," Dr. Casselman said. "But it's accentuated in this species because it's a single breeding stock, which means that eels have to be abundant someplace else and allowed to escape in order to again expand its range."

That spirit of generosity doesn't sit well with Mitchell Feigenbaum, a live-eel distributor based in Port Elgin, N.B., who can't accept that there's a scientific basis for shutting down the Maritime eel fishery.

"We shouldn't be required to make a symbolic or political gesture if they can't establish why their eels have disappeared," he said.

His resistance is supported by research conducted by David Cairns, a PEI-based scientist with Fisheries and Oceans Canada, who challenges the orthodox view that the eel is primarily an upstream freshwater fish in steep decline. Instead, he sees evidence that it may be more plentiful in saltwater than anyone previously imagined.

"Ninety-five per cent of the habitat that we think eels occupy on the East Coast of Canada is not subject to fishing pressure," he insisted. "That's a hint that the fishery may not be a factor in the population dynamic of eels."

That finding in itself doesn't help those who want to restore Ontario's lost eels, or diminish the other problems the fish is facing. "This animal has been around for 125-million years," Dr. Casselman said, "so nothing about it surprises me. There are going to be some eels that are a bit different."

But for those seeking a guilt-free eel feast, it's good news that the ancient symbol of vitality has some life in it still.

"As long as I can remember, this has been the meaning of Christmas," Mr. Ruggiero said. "Without eel, it wouldn't be the same." 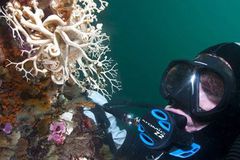