Ontario Health Minister Eric Hoskins has overruled his own bureaucrats, ordering them to immediately begin distributing the opioid antidote naloxone to newly released inmates at high risk of overdosing.

Dr. Hoskins instructed officials in the Ministry of Health on Monday to expand the province's naloxone program for public-health units to include inmates.

The announcement follows a Globe and Mail report about a turf battle between two provincial ministries that stalled efforts to distribute naloxone to prisons in Ontario. For three years, public-health doctors called on the government to hand out take-home naloxone kits to inmates, who can be in particular danger of overdosing on opioids after they leave prison.

As recently as two weeks ago, however, Ministry of Health spokesman David Jensen said bureaucrats had no plans to expand the program for municipal public-health units. The program restricts distribution of the first-aid treatment to clinics that hand out clean needles to addicts.

Dr. Hoskins's intervention comes amid concerns expressed by several public-health officials in Ontario that the province is ill prepared to address an anticipated surge in opioid overdoses this year linked to illicit fentanyl. A recent Globe investigation found that traffickers can easily order the highly potent, low-cost drug online from overseas. While British Columbia and Alberta have been hardest hit by overdose deaths, the scourge of fentanyl is rapidly moving east.

"I share the public's concerns and recognize the urgent need to address an increasing number of opioid overdoses in the province," Dr. Hoskins said in Monday's statement.

The Globe has reported that a plan to distribute naloxone to released prison inmates ground to a halt over a jurisdictional row between officials with the Ministry of Community Safety and Correctional Services and the Ministry of Health. The battle dates back to at least Jan. 11, when Correctional Services' senior medical consultant, Lori Kiefer, wrote to the province's regional medical officers of health proposing a take-home naloxone program for all Ontario inmates returning to the community.

Dr. Kiefer's initiative was based in part on a recent research paper she co-wrote that found that an Ontario inmate's chance of dying by an overdose spikes to 56 times the national average in the two weeks after release.

But when word of her plan reached the Ministry of Health department that is responsible for naloxone distribution in Ontario, staff there refused to take action on it, complaining that corrections staff had overstepped their authority, according to those familiar with the discussions.

Mr. Jensen confirmed earlier that the Health Ministry would not provide the kits to Correctional Services. He said the corrections ministry was told it could go ahead on its own and "purchase and distribute naloxone to inmates as they see fit."

Dr. Hoskins's intervention has ushered in a much more co-operative tone between the two ministries.

"We will continue to work with Ministry of Health and Long-Term Care to make the necessary changes to expand access to naloxone for inmates leaving correctional facilities across the province," Correctional Services spokesman Andrew Morrison said in a statement on Monday.

"Leaving prison shouldn't be a death sentence," he said. "Providing naloxone inside and outside the prison gates is guaranteed to save lives." 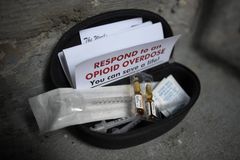 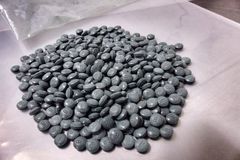 Follow Karen Howlett and Jane Taber on Twitter @kahowlett @janetaber1
Report an error Editorial code of conduct
Due to technical reasons, we have temporarily removed commenting from our articles. We hope to have this fixed soon. Thank you for your patience. If you are looking to give feedback on our new site, please send it along to feedback@globeandmail.com. If you want to write a letter to the editor, please forward to letters@globeandmail.com.
Comments