The National Gallery of Canada has announced the creation of a photography institute with the gift of $10-million from Bank of Nova Scotia and a promise from a major Canadian philanthropist to help build the collection with donations and acquisitions over the coming decade.

The bank money, to be allocated over 10 years, represents the single largest corporate donation yet made to the 135-year-old federally funded art gallery, home to some of the most important collections of historical and contemporary Canadian art. It is also the largest donation in Scotiabank's history. As a result, the gallery's cathedral-like atrium at the top of its entrance ramp is to be called the Scotiabank Great Hall for the next 15 years.

Meanwhile, the new Canadian Photography Institute, which will be housed within the gallery, is intended to become one of the world's most comprehensive collections of photographs covering the entire history of the medium. Its creation is a testament to photography's ascent in the past 25 years from a rather minor art form to major museum staple.

David Thomson, a renowned art collector, chair of Thomson Reuters Corp. and long-time patron of the gallery, will add to the collection for the next 10 years. In 2015 alone, he will have donated more than 12,000 photographs, books and related objects from his own rare Origins of Photography collection.

The institute's opening date has yet to be announced, and the space it will occupy has yet to be determined, but dedicated exhibition galleries are expected to be unveiled later this year.

Gallery director Marc Mayer said at a ceremony on Friday to announce the endeavour that the photography institute will also function as a research centre and be fully digitized so that, eventually, anyone with access to a computer should be able to browse the collection.

That is the hope of Mr. Thomson, who was represented at a ceremony by his friend Ash Prakash, an influential Toronto art collector, dealer and author of Impressionism in Canada. Mr. Prakash said the dream is to have a museum without walls. "Too often, our cultural institutions become captors of the art and the art objects." With technology and the collaboration of art scholars, the NGC has the opportunity to bring this collection to the world, he said.

Brian Porter, president and CEO of Scotiabank, said the national gallery exists to ensure that Canadian art is accessible across the country. "This milestone for us today coincides with Canada's upcoming 150th anniversary," he said. "We are confident the institute will have a lasting impact on the preservation and promotion of photography here in Canada, a fitting tribute as we look forward to celebrating with all Canadians in 2017."

Describing the gifts announced on Friday as "transformative," Mr. Mayer said the new photo collection will be available to visitors, students, journalists and researchers. It will allow the exploration of social, cultural, aesthetics, scientific and cultural issues, he said, and will "uncover some of the most important stories of our era."

One of the first exhibits, scheduled for May, 2016, will be drawn from the photographic archives of The Globe and Mail. The Globe is owned by Woodbridge Co. Ltd., the Thomson family holding company.

Discussions for the creation of the photography institute began a little more than two years ago, according to David Franklin, a curator with the Thomson Collection and former chief curator at the national gallery.

Each of the three participants in the deal has a long involvement with photography.

Mr. Thomson, for instance, is owner and sole funder of the London-based Archive of Modern Conflict, which, since its founding in 1993, has accumulated more than four million photographs. A "substantial part" of this is promised to the institute.

Scotiabank has been including photographs in its corporate art collection right from the collection's inception in 1976. Five years ago, the bank's then-director of arts, culture and heritage, Jane Nokes, co-founded the Scotiabank Photography Award and oversaw the bank's title sponsorship of Toronto's popular Contact photo festival.

The national gallery holds more than 200,000 photos and negatives, including the collection of the former Canadian Museum of Contemporary Photography. 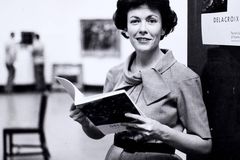 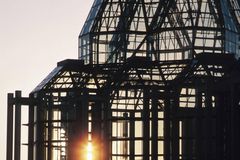 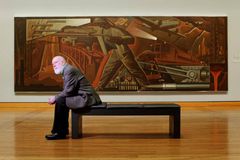 Follow Gloria Galloway and James Adams on Twitter @glorgal @Jglobeadams
Report an error Editorial code of conduct
Due to technical reasons, we have temporarily removed commenting from our articles. We hope to have this fixed soon. Thank you for your patience. If you are looking to give feedback on our new site, please send it along to feedback@globeandmail.com. If you want to write a letter to the editor, please forward to letters@globeandmail.com.
Comments