In science, business and politics, two years can be an eternity. For the federal official whose job now puts him at the convergence point of all those worlds, two years is not a lot of time.

That much is apparent in the assignment that the Liberal government has laid out for Iain Stewart, the recently appointed president of the National Research Council. Federal rules stipulate that a single term for an NRC president can last up to five years but the government has given Mr. Stewart just 24 months to make his mark on the billion-dollar-a-year research and technology organization that many science policy veterans have described as having lost its way.

In another departure, the research council released the mandate letter detailing Mr. Stewart's priorities last week. Not surprisingly, the Liberal government's innovation agenda, unveiled earlier this year, figures prominently. But exactly what role the NRC, its 22 centres and 3,500 staff, will play in Ottawa's plan to grow the economy through industrial research and development is something Mr. Stewart has been tasked with figuring out.

RELATED: As the NRC turns 100, it faces another change in its role

"I think that's behind a lot of why I'm here," said the 50-year-old Mr. Stewart, whose most recent prior role was assistant deputy minister at the Treasury Board Secretariat, the body that advises the government on spending. "In recent years, there's been a question about how is the NRC making a maximum contribution to support science, technology and innovation in Canada. How do we get value from it?"

The question may explain why Ottawa has opted for a career civil servant rather than a scientist or engineer during a crucial transition period in the NRC's hundred-year history. Mr. Stewart's résumé includes a decade of policy work within Industry Canada and a stint as assistant vice-president of research at Dalhousie University, along with other government roles.

Now, 10 weeks into his new job, Mr. Stewart has been directed to take stock of the NRC and provide a preliminary report to federal innovation and science ministers Navdeep Bains and Kirsty Duncan next month. A more detailed assessment for cabinet is expected by next summer.

As the government's research arm, the NRC was once seen as the flagship for Canada's science and technology efforts. More recently it has been something of a chimera with disparate roles that include serving the business sector's research needs, pursuing fundamental science and doing the kind of practical engineering analysis that is needed for everything from building codes to national defence.

Under the previous president, John McDougall, installed by the Harper government in 2010, the NRC was directed to focus on commercially relevant research in support of industry, a transition that seemed to exacerbate a growing identity crisis in branches of the NRC that did not fit this vision. Morale plummeted, according to interviews with current and former staff, and the number of scientists and technical staff at the NRC dropped by 22 per cent in five years.

Mr. Stewart offers a more ecumenical view of the NRC's purpose. From its initial beginnings, "the main business of the NRC has been business innovation," he said, but it also serves a public-policy role as the government's technology problem solver as well as a centre of fundamental scientific research.

The last role is the way in which the NRC builds up its own expertise and capabilities ahead of the marketplace, Mr. Stewart said, noting that while most basic research in Canada is conducted in university labs, the NRC can still play a part in it and should do so to maintain relevance. "If we're not involved in the advancement of knowledge … then how are we going to be able to bring that kind of insight and knowledge to our partners down the road?"

He praised a shift that began under Mr. McDougall, one that has seen the NRC move away from a collection of institutes separately pursuing their specialty areas to a program model that harnesses expertise across disciplines in the pursuit of specific research outcomes. Calling the approach "a very exciting model," he said "it means the NRC will become more responsive to new opportunities."

But he acknowledged a need to address morale because "you can give people a feeling that thinking about the longer term has fallen away."

Quite apart from the demands imposed by his political masters, Mr. Stewart will have his plate full dealing with a host of issues that have dogged the NRC. The organization's IT systems are still being rebuilt in the wake of a Chinese cyberattack two years ago. This year, residents of an Ottawa suburb near the NRC's fire-safety testing facility were incensed when they learned that they were not warned for two years about traces of groundwater contamination due to firefighting chemicals used at the site. And a recent audit of the National Institute for Nanotechnology, an NRC facility established at the University of Alberta 15 years ago for $120-million, found the the institute has failed to make a significant impact with its scientific research or business partnerships.

Against the backdrop of these and other inherited headaches, Mr. Stewart said he is seeking a creative renewal at the NRC, facilitated by restoring its past status as a destination of choice for students and post-doctoral researchers looking to build on their resumes, and by fostering collaborations between the NRC and university-based scientists as well as Canadian technology companies. But ultimately, he said, such outreach will only succeed if the NRC has something worthwhile to offer.

Asked what he most hoped to achieve in the next two years, Mr. Stewart said it was clarifying the way the NRC takes up the research questions and problems it commits itself to on behalf of Canadians and, by doing so, shed the perception that it is an organization looking for a purpose.

"That's exactly what I'd like to resolve," he said. 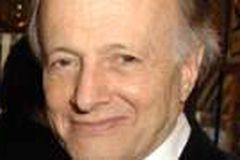 Science startups make research faster, cheaper, more accurate
October 6, 2016
Follow Ivan Semeniuk on Twitter @ivansemeniuk
Report an error Editorial code of conduct
Due to technical reasons, we have temporarily removed commenting from our articles. We hope to have this fixed soon. Thank you for your patience. If you are looking to give feedback on our new site, please send it along to feedback@globeandmail.com. If you want to write a letter to the editor, please forward to letters@globeandmail.com.
Comments