Statisticians who parsed data from first National Household Survey were surprised to find many Canadians who had reported no aboriginal identity in the census of 2006 were standing up five years later to declare themselves to be First Nations or Inuit or Métis.

Aboriginal leaders attribute the phenomenon to a blooming sense of pride, especially among youth, in the heritage of Canada's original peoples.

It is a trend, they say, that has been prompted by the strength young indigenous people have found through social media, by the gradual healing of wounds from the residential schools, and by a growing realization on the part of aboriginals that the rights bestowed upon other Canadians also apply to them.

"We were brought up to be quiet about [indigenous identity] because it could affect us if our parents tried to find a place to rent, in the school systems, if we tried to get jobs, or whatever. There was that old stereotype, unfortunately, and bigotry and prejudice," said Betty Ann Lavallée, the National Chief of the Congress of Aboriginal Peoples, which represents Métis and non-status Indians.

But "our young people, in particular off reserve, have become educated," Ms. Lavallée said. "They are no longer afraid. They know they have the basis of law behind them and they're becoming extremely vocal."

Wayne Smith, the chief statistician at Statistics Canada, recently told The Globe and Mail that an unexpectedly high number of respondents to the 2011 National Household Survey (NHS) – the voluntary survey that replaced the mandatory long-form census – claimed to be aboriginal.

"When the survey was fully processed, we see a larger number of aboriginal people, particularly non-status Indians in general and in southern Canada more Inuit, than can reasonably be explained by natural increases," Mr. Smith said. "We actually linked back to records [from the] 2006 census and saw people switching. In 2006, they reported no aboriginal identity. In the 2011 NHS, they were suddenly reporting they were non-status Indians."

Wilf Falk, who has been Manitoba's top statistician for 34 years, said the trend was observed among the Métis in the two censuses that preceded the 2011 survey.

The number of people who self-identified as Métis at both the national level and the provincial level went up by about 60 per cent, which is demographically impossible, Mr. Falk said. He attributed the shift to increased awareness of identity.

"Where, for example, maybe in the past, there was some social stigma attached – 'Is this going to hurt me if I say this?' – people are now freer to say that type of thing and want to reclaim their heritage," Mr. Falk said.

Max FineDay, the first status member of a First Nation to become president of the University of Saskatchewan Students Union, says he is lucky that his own upbringing was strongly rooted in the culture of the Sweet Grass First Nation where he was raised.

Mr. FineDay, 22, said his language and traditions are an integral part of who he is – and that is something that is being imparted to other First Nations youth.

"We are seeing this sense of pride and a sense of connecting with their culture. And we see that through social movements. Idle No More was huge," he said. "After that we definitely saw an influx of young people, young preteens and early teenagers, saying: 'Hey, I am First Nations, I am proud of my culture and it is okay to be who I am and not have to hide it in Canadian society.'"

Terry Audla, president of the Inuit Tapiriit Kanatami (ITK), which represents Inuit living in 53 communities in the Northwest Territories, Nunavut, northern Quebec and northern Labrador, said his people are learning to be proud of their own resilience after decades of resettlement, residential schools and the message from southern Canada that their culture was somehow inferior.

Roberta Jamieson, the president of the Indspire Institute, which supports aboriginal education, said Canada is witnessing the re-emergence of indigenous peoples on the national agenda. "And I think it's a wonderful trend." 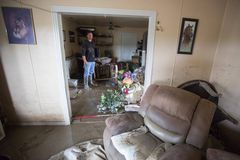 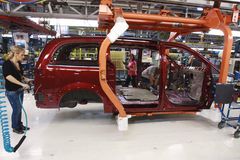 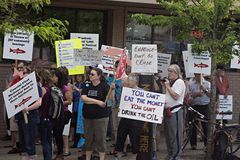 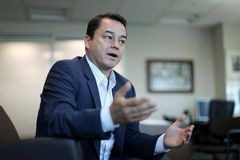 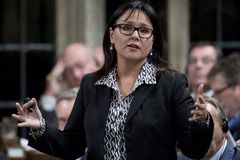 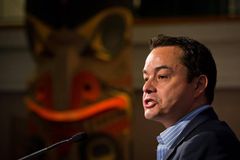 Follow Gloria Galloway and Tavia Grant on Twitter @glorgal @taviagrant
Report an error Editorial code of conduct
Due to technical reasons, we have temporarily removed commenting from our articles. We hope to have this fixed soon. Thank you for your patience. If you are looking to give feedback on our new site, please send it along to feedback@globeandmail.com. If you want to write a letter to the editor, please forward to letters@globeandmail.com.
Comments