An entire class that failed Grade 9 math had four different teachers come and go from the classroom.

Schools that receive about half of the per-student funding of public schools because they're on First Nations reserves.

These are the stories that have stuck with Scott Haldane, the chairman of the National Panel on First Nations Elementary and Secondary Education, as the federally appointed panel tours the country for the latest in a long list of reports and studies to examine the abysmal rates of high school graduation and post-secondary achievement for Canada's aboriginal peoples.

"I think most Canadians have no idea ...," Mr. Haldane said, after the panel wrapped up meetings with students, teachers, parents and aboriginal officials in British Columbia.

The panel will be in Manitoba and Alberta later this month, before stops in Saskatchewan and Quebec next month. They have already held meetings in Ontario, B.C. and the Atlantic provinces.

Mr. Haldane admits he's found some of the conditions shocking as he's explored on-reserve education across the country.

"We have one educational system run by provinces and then we have a non-system, with some exceptions. You couldn't really call this a system," said Mr. Haldane, the chief executive of YMCA Canada who was appointed this summer to head up the national panel – a joint initiative of the federal government and the Assembly of First Nations.

"It's piecemeal, it's leaving schools to fend for themselves and it's under-funded."

Those words give Deborah Jeffrey hope.

The head of B.C.'s First Nations Education Steering Committee is all too aware that many reports have come before and little has changed for students at any of the 520 schools operated by bands on First Nations reservations across Canada. There are also seven federal schools still operating on Canadian reserves – six in Ontario and one in Alberta.

The first band-run school in B.C. was opened in 1973 by parents from the Mount Currie Indian Band. Today, there are about 130 such schools in the province serving about 5,000 students.

In B.C., where First Nations have supplemental agreements for education funds, the per-student funding is about 20 per cent less than those students would receive in provincial public schools. Outside B.C., where those supplemental agreements are not in place, funding is about 37 per cent less, Jeffrey said. That is an improvement – a study six years ago found the funding was about half.

The chronic under-funding means these on-reserve schools struggle to retain quality teachers, they lack infrastructure and they can't offer as many educational programs as their public school counterparts, Ms. Jeffrey said.

There are approximately 118,000 First Nations students living on reserves in Canada whose education is funded by Aboriginal Affairs and Northern Development Canada. About 60 per cent of them attend the band-operated or federal schools on reserve, while about 40 per cent go to provincial schools or private schools off reserve, according to the national panel.

Jehan Casey, spokeswoman for Aboriginal Affairs and Northern Development in B.C., said the panel is one of several initiatives aimed at improving life for Canada's aboriginal population.

Ottawa spends $1.4-billion a year on First Nations elementary and post-secondary education, and last year announced $30-million over two years to support a tripartite K-12 education agreement. The first such agreement is being rolled out in British Columbia, to improve parity between programs, services and standards on-reserve and the provincial education system.

But the issue isn't as simple as just spending more, she said.

"Simply increasing the funding for First Nations education wouldn't necessarily achieve greater comparability between the band-operated system and the provincial system, increased funding is not necessarily going to lead to comparable outcomes without other initiatives," Ms. Casey said.

"It's about comparable services, programs, education – the whole package, not just increased funding, and that's a large project that is under way."

An agreement signed in 2006 gives First Nations the right to jurisdiction over education, but to date none in B.C. have because they have not reached financial agreements with the federal government. Sixty-eight B.C. bands have formally indicated interest in educational jurisdiction and 14 are pursuing formal negotiations.

The issue must be dealt with, said Ms. Jeffrey, who said the notorious history of First Nations education in Canada lingers.

"Certainly the agenda of aggressive assimilation through the residential schools has left a large, dark legacy and certainly we, as First Nations people, are trying to move forward from that."

She believes band-run schools are key to revitalizing aboriginal language and culture, and with them aboriginal aspirations.

The national panel will deliver its report to the federal minister and the national chief of the Assembly of First Nations by the end of the year. 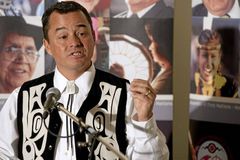 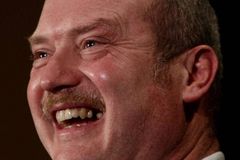 Head of BC Treaty Commission suggests shutting it down
October 12, 2011 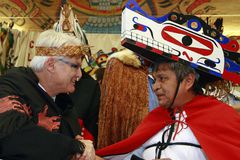