As the Liberal government's target date to resettle 25,000 Syrian refugees inches ever closer, a government analysis of those who've already arrived paints a sobering picture of the resettlement challenge ahead.

The chief concern lies with the government-assisted refugee population, those whose costs are covered entirely by taxpayers in their first year and who see their needs addressed by resettlement agencies in one of 36 Canadian cities.

Data obtained by The Canadian Press shows that government-assisted refugees have more children, lower language skills and lower education levels compared with those being resettled by private groups.

"Overall, the needs of this population are higher than originally expected," says the six-page brief from the Immigration Department.

But, the department adds, those needs are common among all government-assisted refugees. What's unique for the Syrians is the time frame — the entire contingent will have been resettled in about two and a half months.

"The government of Canada continues to encourage innovative thinking and collaboration between all tiers of government and service-providing organizations in the areas of language-training, education and vocational services to assist in the successful integration of this population," the analysis says.

The analysis reviewed information on Syrian refugees processed between November 2015 and January 2016, focusing mainly on those coming out of Jordan.

While the report says the government doesn't foresee the need for widespread changes to existing programs, here's a look at what it found, and some of the implications for resettlement providers.

— Government-assisted refugees have bigger families: 53 per cent of approved cases listed five to eight people on the application, compared with seven per cent of privately sponsored cases. This highlights the current housing crunch — it's harder to find apartments to accommodate that many people within available budgets.

— They're younger: 55 per cent of approved applicants were 14 years of age or younger, compared with 27 per cent of privately sponsored ones. The report notes that services directly targeted at children will need to be stepped up and the report notes they've often only gone to school in Arabic.

— They speak little English or French: 67 per cent of approved applicants reporting speaking neither language, compared with 37 per cent of privately sponsored ones. Resettlement agencies have previously highlighted that in some cities, wait lists for language training are over a year long.

— How much education they have is unclear: The analysis says anecdotal reports suggest the average level of schooling for adult Syrian government- assisted refugees is six to nine years. Of cases coming from Jordan, 90 to 95 per cent have not finished high school. The report notes that many kids are also a year or two behind their peers, putting new demands on the school system.

— Their most recent jobs may not reflect their skills: Many refugees can't legally work in their host countries, and often find general labour jobs. "Anecdotally, reports from visa officers abroad indicate that work experience is largely low-skilled and almost entirely limited to males," the analysis said.

— They are generally healthy: The brief says the health of refugees runs from entirely health to those with severe diseases such as cancer. But only 12 per cent of the medical assessments had at least one condition listed. The most common were hypertension, diabetes and vision or hearing impairment. "While mental-health issues were not identified as one of the most frequent conditions at the time of the (medical exam), it is a condition that can arise soon or several months after arrival in Canada," the brief says.

Refugees are on the way, but will the support be here to greet them? Subscriber content
May 15, 2018 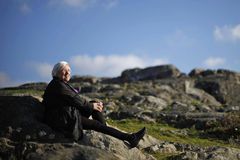 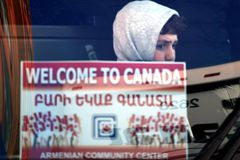 Opinion
How Canada can help Syria’s neighbours
May 16, 2018 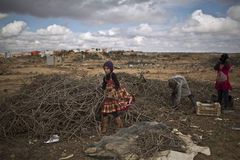