One of the most popular politicians in the country received the kind of ringing endorsement from voters most elected officials can only dream about. And Calgary mayor Naheed Nenshi will no doubt interpret the result of Monday's civic election as validation of a sometimes controversial policy agenda designed to arrest urban sprawl.

But Mr. Nenshi now shares the municipal stage in Alberta with an up-and-coming hot shot of the same vein of progressive politics from which he descends: newly elected Edmonton mayor Don Iveson. All of 34, Mr. Iveson is smart, charismatic and ridiculously telegenic – in the mould of Vancouver mayor Gregor Robertson. And like his Calgary counter-part, he is a policy wonk who skews to the centre-left of the political spectrum.

That puts Alberta's two biggest cities in the hands of a pair of liberal-minded office-bearers whose reputations are on the ascent. As tens of thousands of new residents pour into Alberta each year, it would seem a not-so-subtle shift may be taking place in the political dynamics of the province at the same time.

Alberta has been wrestling with the pressures that unprecedented population growth can place on a province. And the challenges posed by that massive in-migration of new residents was a common theme in many of the election campaigns fought to a finish on Monday, everywhere from Fort McMurray in the north to Lethbridge in the south.

The fallout from this summer's flooding is also still being felt, with reconstruction and mitigation efforts continuing around the province. And election promises linked to the disaster formed a sometimes emotional backdrop to this year's municipal vote, everywhere from Canmore to High River.

But like most civic elections, attention was focused on the biggest cities. The result in Calgary was never in doubt, at least when it came to mayor's job. Throughout the campaign Mr. Nenshi floated on an 81 per cent public approval rating, even though he certainly faced a challenge from the development community.

Many builders are upset over the mayor's plans to rein in runaway growth in the suburbs, a construction spree he believes is being subsidized by taxpayers to the tune of $4,300 a home. While many think that number is debatable, what's not is the mayor's intention of focusing inward, toward his city's core, and trying to convince more to live in more condensed circumstances, while improving the quality of life for all at the same time. Call it Vancouver on the Bow.

He wants to enhance transit and generally concentrate on the deep urbanization of his city while not forgetting how important it is to keep the streets clear of snow when it matters.

But now, he will be sharing the spotlight with Mr. Iveson, someone the mayor considers a friend and person for whom he has great respect. They would appear to be two peas in the same ideological pod, which will no doubt make for fun phone calls when they want to kibitz about mutual concerns. They will no doubt be tag-teaming the provincial government, from whom both cities are demanding more money and taxing powers.

In fact, they may now form the most formidable, one-two team of big-city mayors anywhere in the country.

While Alberta has always presented a fairly conservative face to the rest of Canada, the fact is it has been undergoing a significant demographic change over the last couple of decades or more. The election of Mr. Nenshi three years ago – a Harvard-educated Muslim who rode to office largely on the power of social media – only confirmed nationally what many already knew inside the province.

Mr. Iveson's win on Monday further verified how powerful the winds of change have been in Alberta. 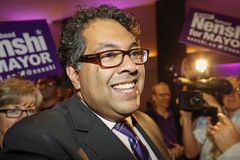 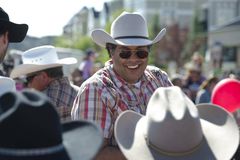 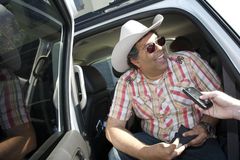 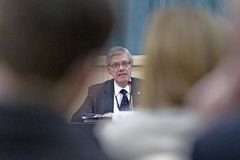 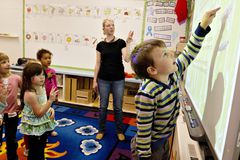 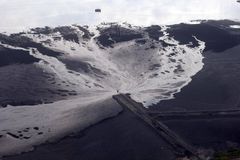 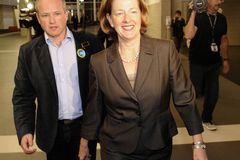