Canada's spy service retrieved a Soviet double-agent who had worked for this country during the Cold War from his homeland to live out his days in Ottawa, a new book reveals.

Shattered Illusions tells the story of Yevgeni Brik, a spy who betrayed the Soviet Union and the KGB, and in turn was himself betrayed by a Mountie who worked for the RCMP's intelligence unit, the forerunner of the Canadian Security Intelligence Service. The book was written by Don Mahar, a former CSIS officer who befriended the former spy after he returned to Canada for good.

The federal government of Progressive Conservative prime minister Brian Mulroney undertook the operation in 1992 to make amends to Mr. Brik, the book says. "Every consideration will be given to this man who was betrayed by the cowardice of an RCMP officer," Mr. Mulroney wrote in a secret memo quoted in the book.

Parts of this tale have been told before, but Shattered Illusions is an exceptionally detailed account by a former Canadian intelligence official intimately familiar with the case.

The Soviet Union broke apart in the early 1990s. The book arrives as persistent espionage campaigns by Russia against the West are in the news. Allegations of Russian hacking, blackmail and influence operations have sullied the U.S. presidential election.

According to the book, Mr. Brik was trained by the KGB as an undercover intelligence operative, and was in his early 30s when he arrived in Halifax on a steamship from Marseilles.

It was 1951, and he set up in Montreal. His training to work in Canada included perfecting his spoken English, reading Canadian newspapers, and learning Morse Code and techniques for exchanging information.

The KGB had provided him with the identity documents of a young Canadian man born to Russian parents in Toronto. The documents had been seized when the family returned to Russia during the Depression.

One of Mr. Brik's first jobs was to get a shortwave radio – a Hallicrafters SX-71 – to receive Morse Code transmissions in the middle of the night. He was criss-crossing Canada on routine intelligence operations when he fell in love with a married Canadian.

He confided his secret to her, she told him to come clean to the police. Mr. Brik called the Mounties in 1953, saying he wanted to meet. "I am another Gouzenko," he blurted out when an officer came in an unmarked car, a reference to a Soviet spy who had recently defected.

Mr. Brik worked for the Mounties as a double-agent, meaning he kept Moscow thinking he was their agent even as he divulged details to Canadian police.

This continued until James Morrison, an RCMP surveillance officer who later became notorious for passing information to the Soviet Union, became aware that the Mounties had a Russian mole.

He provided that information to a Soviet embassy official and said: "I have some information that I will give you, for which I want to receive $3,000."

When Mr. Brik made a routine trip home to Moscow, his KGB handlers confronted him. He was detained, convicted of treason and sentenced to 15 years in jail.

Mr. Brik served his time and was released. For decades, no one in Canada thought about his case.

By 1992, CSIS had replaced the RCMP security service. Mr. Mahar was working there to recruit foreign agents when the British relayed an extraordinary tip.

An elderly Russian man walked into the British embassy in Lithuania with a coded message for Canadian intelligence. The message was that he wanted out of Russia. Giving his past aliases, Mr. Brik stated he would be at a Moscow subway station at noon on the first and third Tuesday of each month, wearing sunglasses.

CSIS, in partnership with British intelligence, made its move in June, 1992. Intelligence officers snuck false identity documents into Russia for Mr. Brik. And they flew with him to Copenhagen, Stockholm, London and, finally, Toronto.

In Ottawa, Mr. Mahar debriefed Mr. Brik, but also stayed close with him. He and his wife helped the former Russian spy shop for groceries, take public transit, and get used to life in Canada after decades away.

According to Shattered Illusions, Mr. Brik told his CSIS handlers that after he was sent to prison, a captured U.S. spy-plane pilot turned up in the same facility. The swap of that pilot, Francis Gary Powers, for a U.S.-captured KGB agent inspired the Hollywood film Bridge of Spies.

Mr. Brik lived in Ottawa for almost two decades. He died in 2011 at 89 years old. His ashes were returned to Russia. 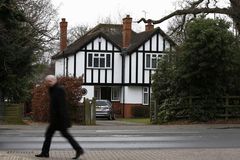 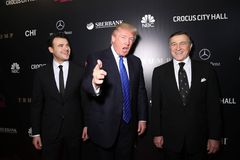