Health officials in New Brunswick are taking too long to address the serious and growing opioid problem in the province's two largest cities, say local harm-reduction activists who have launched a grassroots initiative in the face of what they describe as government inaction.

It has been more than six months since the province's top doctor formed an advisory group to come up with solutions to address the issue, but the government response so far has been lean compared with that of other Atlantic provinces and the rest of the country.

Jennifer Russell, New Brunswick's acting chief medical officer of health, said her task force is still privately conducting research on the numbers. While some recommendations have been submitted to the province – including the committee's suggestions on whether and how opioid antidote kits ought to be distributed – Dr. Russell said her team is still largely parsing the data. They are also watching closely as other provinces pilot possible solutions. Nova Scotia and Newfoundland have both started to distribute free opioid-antidote kits to those who need them. In New Brunswick, the kits cost about $35 at pharmacies.

Fentanyl's Deadly Path: How the powerful drug gets through Canada's border

"Are we being too cautious? Are we taking too long? We are where we are," Dr. Russell said in an interview. "There's a process we follow to put these types of things in place and we're following [it]."

Recently released national statistics show that, per capita, New Brunswick recorded the most hospitalizations for opioid poisoning in all of Atlantic Canada for 2016-17. The cities of Moncton and Saint John both had higher rates of opioid poisoning per 100,000 people than Vancouver, a city at the centre of Canada's opioid epidemic.

Those dealing with the opioid problems on the front lines say they are fed up with the province's boardroom approach, which they say is not nearly pro-active enough for the growing problem at hand.

"Please stop studying it. Please, just do something," said Debby Warren, executive director of AIDS Moncton, a non-profit harm-reduction agency that is, out of necessity, shifting its focus to opioid-substance misuse. "You can study forever and look into things. But sometimes, it's just about getting it done," Ms. Warren said.

In the absence of an official plan to deal with the opioid problem at street level, her group has begun to take the initiative. Earlier this month, AIDS Moncton held an opioid training session for front-line workers that included information on various drugs but also on how to deal with a person who has overdosed. Ms. Warren was surprised at the interest, which drew community workers that would not normally be associated with drug-related solutions, including social workers and even librarians, and generated a waiting list. Another free training session is scheduled for next month. In the meantime, Ms. Warren and her team have begun distributing 500 opioid-antidote kids donated by the New Brunswick-based medical-marijuana company Organigram Inc.

Ms. Warren said AIDS Moncton will turn the kit distribution into a pilot program that will generate data. She knows the number of kits is small but said it is one more drop in the bucket as advocates wait for word of a plan from the province.

"For our little population, there's a serious situation," Ms. Warren said, adding that she does not think most people in New Brunswick understand its proportions. "We need a champion for addictions here – we need leadership."

The province has dramatically sped up its ability to gather data on opioid-related deaths. Instead of a year to collate numbers, it is now done monthly and released quarterly. Between January and the end of June, 68 per cent of drug-related deaths in New Brunswick were related to opioids. Of 17 total opioid-related deaths, five were related to illicit fentanyl. The deadly opioid has not hit New Brunswick in the same proportions that it has been ravaging the West Coast, although officials here say they are bracing for it.

"It doesn't matter whether we're higher or lower than the next person. It's too high," said Ed Schollenberg, registrar of the New Brunswick College of Physicians and Surgeons. New Brunswick's opioid problem centres largely on prescription pills, Dr. Schollenberg said, meaning doctors have to do their part. "If we're dealing with prescription drugs, they all start out of the pen of the doctor. You have to figure out how to influence that exact point."

A prescription-drug monitoring program that doctors are currently training to use may help somewhat, he said. It is designed to flag potential misuse or overprescribing of opioids. But the province has not made a formal decision on what, if anything, will be done when those flags go up, he said, adding that other jurisdictions have had mixed results with similar monitoring programs.

For now, doctors across the province are making individual decisions on how to regulate their own prescribing of opioids, which creates inconsistency and volatility, said Tom Evans, a pain specialist based in Moncton. "There is a lot of concern about the prescribing practices in New Brunswick, in terms of safety, knowledge and lack of awareness," he said.

Dr. Evans has had discussions with at least one doctor who boasted he hasn't written a prescription for an opioid in six months. But cutting patients off, even with good intentions, Dr. Evans said, creates new problems.

"Will it potentially drive people to the street? I think so," he said. "These folks are motivated. They're going to get what they need no matter what."

Most chronic users of opioids are not using the drugs to get high, said Tim Christie, a professor of health-care ethics at the University of New Brunswick and an adjunct professor of bioethics at Dalhousie University in Halifax who has studied harm-reduction solutions for more than 25 years.

Instead, they're suffering from substance-use disorder and are typically using simply – and relatively safely – to avoid going into withdrawal. "That disorder doesn't go away simply because you dry up the drug supply," Prof. Christie said, adding that stemming the flow of prescription opioids risks creating a desperate situation for those suffering from misuse.

If front-line groups are calling for an expedited opioid action plan, provincial officials would do well to listen, Prof. Christie said. "Community groups are the canary in the coal mine," he said. "Complacency is going to be deadly in this situation." 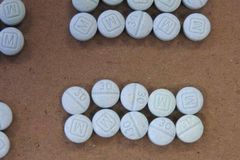 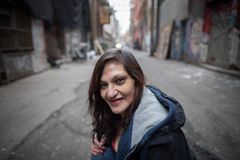 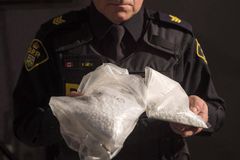