New Brunswick's Liberal government has released a $9.6 billion budget with the province's 11th straight deficit and a hefty increase in the net debt.

"There is an old adage that says you have to spend money to make money," Finance Minister Cathy Rogers said Tuesday.

"The budget includes an additional $73 million in new targeted investments to support economic competitiveness, youth employment and seniors, which will delay a return to a balanced budget by one year, to 2021-22," Rogers said.

The annual cost of servicing the debt is about $675 million.

"When measured as a share of the provincial economy, New Brunswick currently stands as one of the most indebted provinces in all of Canada," he said, adding that the government is just punting tough decisions to the future.

But on Tuesday, Rogers said the government is in fact meeting the province's challenges head-on.

"We cannot afford to ignore the urgent challenges facing our province," she said.

"We could have chosen not to address these additional areas but we think the risk of not giving attention to these urgent matters was greater than the risk of delaying our return to balance one year," Rogers said.

"For two years Brian Gallant raised taxes and hit New Brunswickers with cuts and closures. Now during the waning few months of his mandate, he is trying to make amends," Fitch said.

New Democratic Party Leader Jennifer McKenzie said the budget does nothing to stem the outmigration of young people.

"How can we expect youth to stay in the province when wages are so low, the economy stagnant and there are so few social supports for New Brunswick families?" she asked.

McKenzie said she was disappointed there was no mention of increasing social assistance rates.

There are no new taxes or fee increases in the budget, the final one prior to a provincial election set for September 24.

"I think it's pretty clear they're in an election year and that's why the spending has gone up so much this year. I think New Brunswickers will see that and they will judge this government on its track record," McKenzie said.

"I had myself convinced that the government was going to announce by election time that the books were balanced, because that's what I would do. We've got to live within our means," he said.

As announced in November, the small business corporate income tax rate will be reduced to 2.5 per cent effective April 1.

The biggest expenditure is for the Health Department, at $2.75 billion — an increase of 3.7 per cent from last year.

The spending will include the full implementation of the New Brunswick colon cancer screening program and efforts to reduce wait times for hip and knee replacements.

The government earmarked $37.4 million for a climate change fund, taking the money from existing gas taxes rather than imposing a new carbon tax.

New Brunswick is also increasing spending for Education and Early Childhood Development by 6.1 per cent to $1.25 billion, but Peyton Veitch, national treasurer of the Canadian Federation of Students says it does little for post-secondary education.

"New Brunswick has the fourth highest tuition fees in all of Canada. We see a growing crisis in terms of student debt and there are no new measures to deal with these twin problems," he said outside the legislature.

Full details of the spending will have to wait until budget estimates are presented in the legislature. 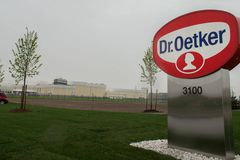 J.D. Irving to hire 1,510 new Canadian jobs over the next three years 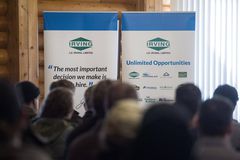 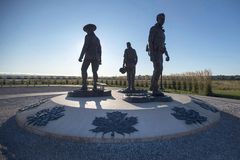