Six weeks after becoming premier of Prince Edward Island, Wade MacLauchlan is putting his job on the line by calling an election on promises of greater political engagement and a better economic future.

Mr. MacLauchlan announced voters will go to the polls on May 4 at his nomination meeting Monday night in the riding of York-Oyster Bed.

The announcement has been expected since Mr. MacLauchlan became premier Feb. 23, replacing Robert Ghiz, who led the Liberals to two straight majority governments before stepping down.

Mr. MacLauchlan told about 500 party supporters in a community hall that he wants to build on economic successes that the province hasn't always highlighted.

"Economic growth is the key to our success and to maintaining our quality of life. Our focus on the economy and our promise of prosperity and leadership underpin the distinctive advantage that our Liberal party offers to Prince Edward Islanders."

The four-week campaign will see the two main parties in Prince Edward Island led by men who are fighting their first general elections.

This will also be the first election for NDP Leader Mike Redmond, although the New Democrats haven't won a seat in a general election since 1996.

Since taking office, Mr. MacLauchlan has promised a number of changes aimed at bolstering voter confidence after questions were raised about the Liberal party's handling of an immigration program that was the subject of an RCMP investigation and a failed attempt to make P.E.I. the country's Internet gambling regulator.

A three-year RCMP investigation into allegations of fraud and bribery involving the province's immigrant investor program was closed in January with no charges laid.

Meanwhile, Mr. MacLauchlan has asked the province's auditor general to examine the conduct of current and former elected officials and staff in the gaming plan, which was scrapped in February 2012.

Last month, the province's conflict of interest commissioner stepped down, saying he had lost the confidence of the legislature after the Opposition Progressive Conservatives complained about his involvement in the online gambling file.

Mr. Lantz said Neil Robinson should have removed himself from discussions relating to e-gaming after he invested in a company linked to it.

On Monday, Mr. Lantz criticized the Liberals again for their aborted online gaming plan, arguing it has shaken public confidence in the province's politics.

"I think there are number of outstanding questions about some of the scandals and questionable practices this government has found itself embroiled in," said Mr. Lantz, a former Charlottetown city councillor .

He has already promised a royal commission to look into the administration of the immigrant investor program and the e-gaming initiative.

The Tories are also promising to cut the province's deficit in half in the party's first budget if they win the election and to balance the books within two years through economic growth and cuts in government spending.

"When in a financial hole, stop digging," Mr. Lantz said in an interview Monday.

In a fiscal update last November, the Liberals projected a deficit of $44.7-million for the 2014-15 fiscal year.

Like the other Maritime provinces, Prince Edward Island is heading down a difficult economic path unless it can reverse a demographic shift that is seeing its population age.

Mr. MacLauchlan said the province needs to find new trading partners to spur growth in its traditional farming and fishing industries as well as in new sectors, such as biosciences and aerospace.

The government has had success in creating jobs in sectors outside agriculture, he added.

"And those are all important jobs and well-paying jobs for our young people … and for the people who would love to come home to Prince Edward Island," said Mr. MacLauchlan.

The Liberals have been in power since 2007 and could have waited until next April to call an election, but Mr. MacLauchlan has chosen to seek a new mandate rather than win a seat through a byelection.

Wade MacLauchlan on brink of becoming PEI premier
May 12, 2018 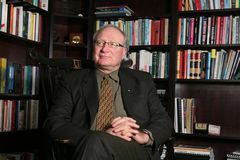 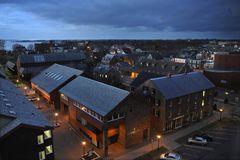 PEI Premier to strengthen conflict-of-interest rules for government officials
May 12, 2018 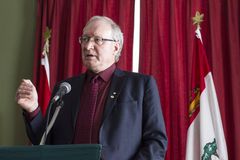 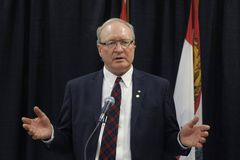