There were commitments to a new hospital and investment in the wine industry. The local racetrack was saved, new aerospace jobs were announced and there was talk of finally running the commuter trains for which everyone has been clamouring.

For about a month, over the course of a provincial by-election campaign that ended on Thursday with a win by New Democrat Wayne Gates, the good people of Niagara were spoiled for attention.

Excessive and unsustainable though this flurry of interest may have been, it was also overdue. The economic woes of the corner of Ontario southeast of Hamilton are simultaneously among the worst in the province and the easiest to overlook. And as local leaders continue to make hopeful noises the area can become a link in a "supercorridor" from Toronto to the U.S. border, the outside interest should not end just because the votes have been counted.

Admittedly, a bright future is difficult to envision when driving through much of the region. While the story of small-town Ontario's post-recession struggles has mostly been told through the lens of Windsor, London and places in between, to visit corners of Niagara such as St. Catharines or Fort Erie is to witness hollowed-out towns with aging populations that have it even tougher.

Niagara's 8.8-per-cent unemployment rate is Ontario's highest; its employment rate of 56.6 per cent and labour-force participation rate of 62.1 per cent are just about the lowest, indicating many have stopped looking for work. And that's with a good number of younger residents leaving.

The decline has not been as sudden as in Southwestern Ontario, spanning decades rather than hitting hard in the past five years. But it has been dramatic all the same.

"General Motors, which used to employ 12,500 employees in this region, is down to about 2,500," said Jack Lightstone, the president of Brock University in St. Catharines. "John Deere is gone. We are left with one struggling pulp and paper mill where once there were 16."

Along with manufacturing's decline being gradual, another popular explanation for why Niagara's woes have escaped much attention is that most outsiders associate the region with its waterfalls and wine route and the theatre festival in picturesque Niagara-on-the-Lake. But rather than tourism bailing it out, a massive hit to cross-border traffic after the Sept. 11 terrorist attacks made for a double whammy.

Add the effects of new passport requirements, border slowdowns and a high dollar, Niagara Falls Mayor Jim Diodati laments, and the effect has been "devastating." Jim Thibert, the head of economic development for Fort Erie, recalls when his town across the river from Buffalo drew more than 80 per cent of its visitors from the United States; today it is less than 20 per cent, and not because of an increase in domestic ones.

If the bleakness has an upside, it's that having been pushed down far enough, there are signs the region is getting more aggressive about pushing itself back up. St. Catharines, for instance, is attempting a downtown revitalization – including a new hockey arena and an arts centre – aimed at making it a more attractive place to work and live.

The university is playing a big role in that effort, and is winning praise for no longer isolating itself from the communities around it. Walter Sendzik, the president of Niagara's Chamber of Commerce, credits Dr. Lightstone for a "huge shift" in which Brock takes a leadership role in regional economic development, tailoring its programs toward potential growth areas such as green manufacturing, life sciences and the wine industry.

But despite much-needed recognition that traditional manufacturing jobs are not coming back, that reinvention is necessary, choosing and navigating new lanes is not easy.

There is no shortage of opinions about potential competitive advantages. With the Greater Toronto Area continuing to sprawl outward, the quality of life could attract commuters. Visitors from the United States could be lured back and tourism could become more of a year-round industry. Even the aging population could be a virtue, with Niagara's green-space and recreational options allowing it to position itself as a retirement community, attracting wealth and a need for service providers.

Among the barriers to moving toward any of these, though, is that despite having fewer than 450,000 residents combined, Niagara's dozen municipalities have struggled mightily to speak with a single voice. That's made it difficult to push for what they might need from other levels of government – be it commuter train service from Toronto, investment in the tourism industry, or speeding up border crossings.

Phil Ritchie, a developer who has been central to efforts to revitalize downtown Niagara Falls, goes so far as to suggest the best thing Ontario could do for the region would be some manner of amalgamation that forces communities to get past their parochialism.

Queen's Park is highly disinclined to open that can of worms. But even with the fragmented local politics, a conversation is at least emerging about how to restore some hope to a part of the province that has lacked it for longer than most. The province should be a part of it, even when no seat is up for grabs. 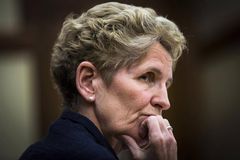 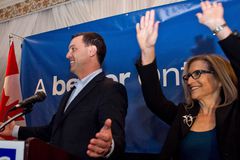 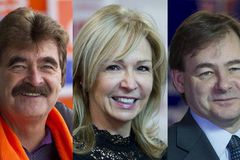 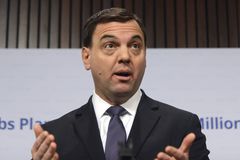