Police are winning the unceasing war over the rights of suspected criminals on a major battleground - the Supreme Court of Canada.

In a ruling full of friction between a bare majority of judges wanting to avoid hampering officers in their work and a minority fighting for the rights of the accused, the court said on Friday that while suspects have a right to consult a lawyer and to be informed of that right, they don't have a right to legal counsel while they are being interrogated.

The judges focused on the constitutional right to legal counsel, but the bigger picture involved the steady erosion of criminal rights established in the 1980s and early 1990s.

Over strenuous objections from their dissenting colleagues, Madam Justice Beverley McLachlin and Madam Justice Louise Charron rejected the notion of the U.S.-style Miranda warnings that are a fixture of television police shows.

"Adopting procedural protections from other jurisdictions in a piecemeal fashion risks upsetting the balance that has been struck by Canadian courts and legislatures," they wrote. "We are not persuaded that the Miranda rule should be transplanted in Canadian soil."

The judges were ruling in three separate cases in which suspects had asked in mid-interrogation to speak to their lawyers again.

They said that suspects should be allowed to consult again with a lawyer only if something happens in the interrogation room to change their situation dramatically.

However, Mr. Justice Ian Binnie employed a blunt, near-mocking tone to accuse the majority of "tightening the noose" around the Charter right to counsel.

Judge Binnie said that expecting a defence lawyer to effectively advise a client who is shut away in an interrogation room is the equivalent of playing him a phone message that states: "You have reached counsel. Keep your mouth shut. Press one to repeat this message."

"What now appears to be licensed is that a presumed innocent individual may be detained and isolated by the police for at least five or six hours without reasonable recourse to a lawyer - during which time the officers can brush aside assertions of the right to silence or demands to be returned to his or her cell in an endurance contest in which the police interrogators, taking turns with one another, hold all the important legal cards," he said.

Police interrogators are skilled at lying and wearing suspects down, Judge Binnie said. Some will inevitably make false confessions, he said, adding them to "the platoon of the wrongfully convicted."

In separate dissenting reasons, Mr. Justice Louis LeBel, Madam Justice Rosalie Abella and Mr. Justice Morris Fish argued that the right to counsel aids citizens when they are at their most intimidated and vulnerable.

Defence lawyers greeted the ruling with resigned displeasure - as they do so often nowadays when the Supreme Court tackles issues involving search and seizure, admissibility of evidence and fair trial rights.

"This is a disappointing retreat from the decisions of the Supreme Court in the previous three decades recognizing the role which the right to counsel plays in a fair and just system of criminal justice," said Criminal Lawyers Association president Paul Burstein.

"With the court's decision today, suspects are now guaranteed nothing more than the proverbial 'one phone call' - which had never before been the law in Canada," Mr. Burstein said. He predicted that police will "hold people hostage until the legal advice provided in that first and only call has worn off."

Frank Addario, a Toronto defence lawyer, said that the majority is out of touch. "Five judges of the Supreme Court think it's okay to detain and isolate people in Canada after they've spoken to a lawyer," he said. "That is not really a civil libertarian approach - it's empathy for the interrogator."

If the court got tough with police, Mr. Addario said, "they would grumble, but then get back to work solving crime. There is no evidence police need to violate rights - especially with isolated, detained suspects - to keep the rest of us safe."

No right to counsel during interrogation: top court
October 8, 2010 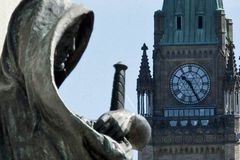 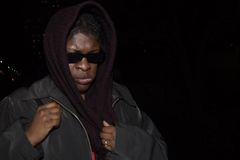 The right to counsel, diminished
October 8, 2010 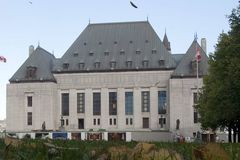