While many of his fellow students were enjoying the last of their winter holidays, Curtis Matlock was about 5,000 metres above sea level in East Africa, hauling a backpack that weighed as much as a child and hoping the batteries in his head lamp would last until daybreak.

It was the final and most challenging day of the 20-year-old cadet's climb up Mount Kilimanjaro, a dormant volcano in Tanzania that boasts the tallest peak in the continent.

Officer Cadet Matlock and nine other students at the Royal Military College of Canada used the recent climb as an opportunity to raise money for former child soldiers, joining a growing number of people who have made reaching Kilimanjaro's summit a focal point for charitable giving.

Rather than climb for sport alone, "We wanted to go to another level, where we'd expand our social and global consciences as well," OCdt. Matlock said.

The group chose Halifax-based Child Soldiers Initiative, which researches how children can be forced into conflict and works with military and police officials to help them manage future encounters with young fighters. For OCdt. Matlock, it was a logical choice.

"We're all junior officers, and especially me as an infantry officer, I could very well find myself on the ground facing a child soldier at the wrong end of the gun," he said.

With the exception of OCdt. Matlock, who had climbed Argentina's Mount Aconcagua the previous year, the cadets had no mountaineering experience. But they chose to take the most difficult route to the summit – known for a quick ascent that often triggers bouts of headaches and nausea – and they carried their own 40-kilogram bags of gear, rather than hand them off to local porters as the majority of visiting climbers do.

"Basically they stacked everything against themselves," Kilimanjaro guidebook writer Henry Stedman said when he heard how the group climbed.

They trained for months before undertaking the trek. After four days of steady climbing, the cadets began their final ascent to the summit at 11 p.m. and continued to walk until sunrise, following the glow of other hikers' headlamps ahead of them.

When morning came, iced-over bags of drinking water melted, allowing the hikers to rehydrate. They stopped at the volcano's crater to marvel at glaciers "the size of high-rises" before carrying on to Uhuru Peak, the highest point on the mountain.

Following the trek, the group visited a genocide memorial in Rwanda and a rehabilitation centre for former soldiers, which Mr. Matlock said helped them better understand the roots of the problem they were trying to address in their fundraising efforts.

So far, the cadets have raised at least $20,000 for Child Soldiers Initiative, and they say they still have more donations trickling in.

RMC instructor Christine Powers-Tomsons, who helped the group train for the climb, said she was struck by their determination to make it into something more than a personal accomplishment. "From the get-go, Curtis said, 'You know, we want to give back,'" she recalled. "He said, 'We don't want to just go to Africa and use the resources, take advantage of the opportunity and not give back.'"

The money will be used to offer several scholarships to former child soldiers who are studying at Dalhousie University in Halifax.

"These students are coming from some of the worst conflict zones in the world," said Tanya Zayed, from Child Soldiers Initiative. "Hopefully [this] will help ensure these kids can graduate with degrees and move on to bigger and better things."

OCdt. Matlock, who is in his third year of a political science degree at RMC, said he'll be following the recipients' progress as much as he can.

"My undergrad was paid for by the military and I have a promising career ahead of me," he said. "My hope is that the child soldiers they're working with are going to be able to realize their goals."

In recent years, Kilimanjaro has become a magnet for people looking to combine fundraising with a physical achievement, largely because it doesn't require much technical skill and the summit, topped with a congratulatory sign announcing the elevation, provides a clear end-goal.

When Mr. Stedman published his first guidebook on the mountain 10 years ago, just over 20,000 people had climbed it, he said. Now, that number has doubled, and the additional crowds bring new challenges. Park rangers have been forced to temporarily close some sections of trail because of erosion. 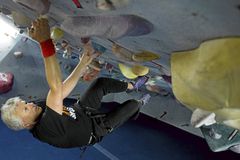 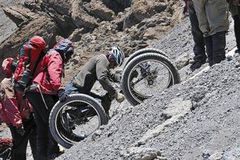 Pumped up for Kilimanjaro, this time with the kids
December 29, 2008
Follow Kim Mackrael on Twitter @kimmackrael
Report an error Editorial code of conduct
Due to technical reasons, we have temporarily removed commenting from our articles. We hope to have this fixed soon. Thank you for your patience. If you are looking to give feedback on our new site, please send it along to feedback@globeandmail.com. If you want to write a letter to the editor, please forward to letters@globeandmail.com.
Comments