Global food production is increasingly likely to be disrupted by extreme weather driven by climate change, say researchers behind a new analysis published on Wednesday in the journal Nature. And, paradoxically, the impact could be greatest in places where farming practices are the most technically advanced, including Canada.

The study is the first to quantify the relationship between weather-related disasters and crop yields in different parts of the globe.

The study's authors say their work throws a spotlight on the growing vulnerability of the world's food supply to climate change. Their results could help guide agricultural policies as the atmosphere shifts to a more volatile state because of climate change, even as population growth puts more demands on the planet's capacity to generate food.

"The food system is already stressed in many ways," said Navin Ramankutty, the senior author on the study and a professor of global food security and sustainability at the University of British Columbia. With climate change, "we are adding one more stressor," he said.

By focusing on extreme weather episodes, the study differs from previous efforts to discern the influence of climate change on food. Those have largely considered the influence of long-term but gradual changes in seasonal temperature and rainfall in different food-growing regions.

"In reality, we know that when we have big production losses, it's because of a major drought or a major heat wave," Dr. Ramankutty said.

To better understand the effect of such events, he and his colleagues at UBC and McGill University drew from a database listing about 2,800 weather disasters in 177 countries from 1964 to 2007 and combined them with national food-production figures. By using a statistical method designed to reveal episodic effects rather than a smoothly averaged trend, they were able to tease out the signature of severe weather written in the world's constantly fluctuating food supply.

The results showed clear impacts on food production from heat waves and droughts, less so for floods and periods of extreme cold. This makes sense, Dr. Ramankutty said, because flooding can have a more localized effect than drought, and cold snaps typically do not affect the peak of a growing season, the way heat and drought can.

Curiously, the effect was most pronounced in the developed world, which relies on advanced agricultural technologies and practices.

Steve Shirtliffe, a professor of agronomy at the University of Saskatchewan, suggests the explanation is that farming in Europe and North America has become so well optimized for production that the effects of drought are more pronounced than they would be in countries that are dealing with other constraints on production, such as insect pests and soil fertility.

"Water is normally a limiting factor" on plant growth, Dr. Shirtliffe said. "If you get a drought and the yield doesn't go down, that essentially means you're not managing the productivity of your cropping system very well."

But the results may suggest that the single-crop farming practices that prevail in North America would leave the food supply of countries in the developing world more vulnerable if they were adopted there.

"This tells us that we should be wary of proposed solutions to hunger in poor countries that are based on the adoption of large-scale industrial farming systems," Jennifer Clapp, a professor of global food security at the University of Waterloo in Ontario, said.

Dr. Ramankutty added that the study hints at the sorts of situations the world food system will need to be equipped to handle as severe weather events become more frequent and more extreme, as some climate models predict.

"In future, the thing I would most worry about is not one or two droughts here and there," he said. "The big problem will be [extreme weather] events occurring more frequently and simultaneously in different places." 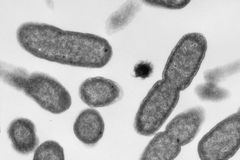 Opinion
How a green Vancouver is benefiting from China’s toxic wealth
December 28, 2015
Paris climate talks were a noble failure
December 18, 2015
Follow Ivan Semeniuk on Twitter @ivansemeniuk
Report an error Editorial code of conduct
Due to technical reasons, we have temporarily removed commenting from our articles. We hope to have this fixed soon. Thank you for your patience. If you are looking to give feedback on our new site, please send it along to feedback@globeandmail.com. If you want to write a letter to the editor, please forward to letters@globeandmail.com.
Comments