After an increasing number of young people attempted to take their lives in a remote northern Ontario First Nation last week, the chief and council have declared a state of emergency.

The suicide epidemic in Attawapiskat started in the fall, when a number of people tried to kill themselves, said Jackie Hookimaw, a resident of First Nation on James Bay.

Hookimaw's great niece Sheridan took her own life in October. She was 13 years old. Hookimaw said Sheridan had a big heart, but she was plagued with multiple health conditions and was bullied at school.

More recently, Hookimaw said, she was at the community's hospital where she saw a number of teenage girls being treated after purposely overdosing on drugs. As she was leaving, a man came in for treatment. Later, she would learn that he, too, had tried to take his own life.

The Attawapiskat First Nation, which has been plagued by suicides for decades, is home to about 2,000 people, and Hookimaw said the community needs more resources.

She said the latest round of youth suicide attempts started with Sheridan's death.

Sheridan's peers were grieving, Hookimaw said. They didn't have the support they needed to manage their grief, so they tried to end their lives, she said.

"There's different layers of grief," she said. "There's normal grief, when somebody dies from illness or old age. And there's complicated grief, where there's severe trauma, like when somebody commits suicide."

Charlie Angus, the MP for the area and NDP indigenous affairs critic, said northern communities aren't given the resources to deal with complicated grief.

He said it's been a "rolling nightmare" of more and more suicide attempts among young people throughout the winter.

They didn't think it could get any worse than it was in March, he said. But April brought even more attempts.

It's that situation that led the Attawapiskat chief and council to declare a state of emergency on Saturday.

The designation has meant that a Nishnawbe Aski Nation crisis response unit is being sent to the community.

"We will be providing additional health-care experts as needed and we have contacted the ministry of children and youth services about providing emergency life-promotion supports," Ontario Health Minister Eric Hoskins said in a release.

Federal Health Minister Jane Philpott said in a statement that improving the wellness of indigenous peoples will require a focus on improving the socio-economic conditions they face.

"I have worked with the province to set up a joint action table so that federal and provincial governments can work together, hand-in-hand with First Nations leadership, to find concrete solutions," Philpott said.

Hoskins said Ontario has asked Ottawa to accelerate the work of the action table and will be identifying additional community programming that can help "give people hope in this terrible time."

Angus said that the work of grief counselling often gets left to untrained community members who are dealing with their own grief.

And now, Hookimaw said, some of the youth are taking healing into their own hands.

"They said, 'We will not give up, because our youth are killing themselves ... We will not be defeated.'"

In Northern Canada, the census can be a matter of life and death
May 16, 2018 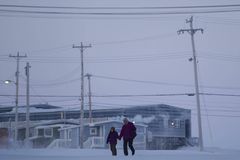 Trudeau meets with Ontario First Nations leaders in wake of fatal fire
May 16, 2018 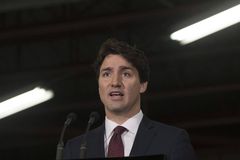 First Nations bands to pay millions for provincial portion of Jericho Lands
May 16, 2018 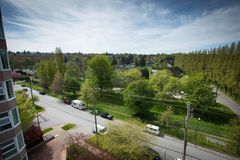