The Public Works Protection Act – an obscure provincial law allowing police to arbitrarily detain, search and arrest people at the summit site – was widely condemned. But it took two different reviews, three separate bills and three sessions of the provincial Legislature to abolish it.

This long and arduous process is a case study in Ontario's sometimes glacial legislative process. Parliamentary backlogs, political gamesmanship, shifting government priorities and a prorogation all combined to slow the pace of change to a crawl.

"There were a lot of political meanderings that delayed the passage of the act," said Ombudsman André Marin, who repeatedly pressed the government to kill the PWPA over the last five years. "It is definitely a long time to pass a relatively simple piece of legislation."

Then-premier Dalton McGuinty's cabinet secretly invoked the PWPA in June, 2010. The law was supposed to apply inside the security fence surrounding the G20 summit site. But police misinterpreted it to mean they could search and arrest anyone within five metres of the outside of the fence as well. In some cases, officers even cited the PWPA blocks away. Neither provincial officials nor then-police chief Bill Blair corrected the misinterpretation until after the summit was over.

The outcry was swift, with protesters, civil liberties groups and opposition politicians demanding the law be abolished. An investigation by Mr. Marin in December, 2010, found the PWPA "infringed on freedom of expression." A government-commissioned report by former chief justice Roy McMurtry in April, 2011, said the "potential for abuse" of the law was "beyond troubling."

But the governing Liberals did not get around to tabling legislation to repeal the PWPA until Feb. 22, 2012, more than a year and a half after the G20. The bill passed two readings in the legislature and several days of study by committee, but died on the order paper when Mr. McGuinty prorogued parliament that October.

The government restarted the process on April 10, 2013, tabling another bill to repeal the PWPA. After one day of debate, the Liberals left the legislation in limbo, opting not to call it for debate again for more than a year. It died in May, 2014, when Premier Kathleen Wynne called a snap election.

On Oct. 30, 2014, the government tabled the legislation yet again, as Bill 35. This time, it sailed through, passing a final vote Dec. 11. It came into effect this week. Bill 35 preserves police special powers at courthouses and power plants, but abolishes the government's right to extend those powers to other sites, as Mr. McGuinty's cabinet did for the G20.

One reason for the delays was that the Liberals, who decide which bills get debated in the House and in what order, prioritized other legislation over repealing the PWPA. Among other things, they pushed through laws on mobile phone contracts and door-to-door water heater sales ahead of the PWPA abolition. Mr. McGuinty's decision to prorogue, as well as the 20 months it took to table legislation in the first place, also added to the process.

"They could have acted quickly, but they didn't," NDP deputy leader Jagmeet Singh said. "They chose instead to give time to other bills."

Another reason was legislative gridlock. During the last parliament, when the Liberals had a minority and could not impose time constraints on debate, the Progressive Conservatives frequently filibustered routine legislation and used other time-wasting measures. This resulted in a large backlog of bills.

PC House Leader Steve Clark defended these tactics. He argued the Liberals refused to negotiate with the other parties to determine which legislation would move forward, which is why the Tories monkey-wrenched in hopes of winning concessions from the government.

"There is no question the government had difficulty managing the minority," he said. "This bill was a casualty of that."

But Premier Kathleen Wynne this week brushed off the delays, when asked if the process to pass the law was too slow.

"Maybe democracy should work faster? Maybe the parliamentary process should work faster? I'm not sure exactly what the question is," she said. "We made a commitment, we made the change that needed to be made and it's done now. That's as it should be."

Mr. Marin said he took comfort in the fact that the government at least managed to abolish the PWPA ahead of next month's Pan American Games, another major security operation.

Toronto looks for ways to reduce security costs for Pan Am Games
June 14, 2015 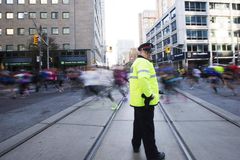 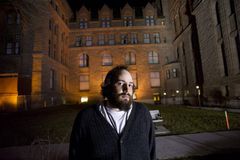 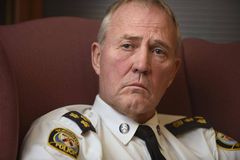 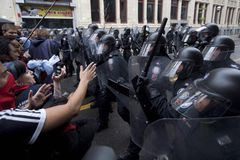