A new domestic violence court is set to open in Nova Scotia next month, moving cases from the traditional slow-moving, adversarial justice system to one that aims to quickly put a stop to the abuse.

The court, presided over by Judge Amy Sakalauskas, will hear its first case on the eve of International Women's Day next month at Halifax provincial court.

"The criminal court process isn't always the most appropriate to deal with these very complicated cases involving human interaction, dysfunction and difficulties," said Pamela Williams, chief judge of the Provincial and Family Courts of Nova Scotia.

The court will take only those who accept responsibility by pleading guilty, and use "more of a problem-solving, therapeutic approach," she said.

Abusers are thoroughly assessed, and given education and therapy that could last five to 25 weeks. Only then will they be sentenced – a reversal from how it usually works.

"What will help in domestic violence court is the victim and the accused will be offered services at the get-go," said Dolly Mosher, victim services co-ordinator with Halifax Regional Police.

Many provinces have had similar courts for years, but Nova Scotia only created its first permanent domestic violence court in Sydney in last year's provincial budget, after a four-year pilot project.

It's a sweeping change from the current approach to domestic violence cases, which often take many months to wind through the criminal justice system, Williams said.

"Although matters were coming before the courts and people were charged, the reality was that we were having difficulty with either the accused not showing up for the trials or the victim didn't feel comfortable coming forward," said Williams.

Recent figures underscore the need for a new approach to domestic assault in Nova Scotia.

In 2016, there were 2,462 victims of police-reported violence committed by an intimate partner in the province, an increase of more than five per cent from the year before, according to Statistics Canada figures compiled for the Nova Scotia Advisory Council on the Status of Women.

The new court aims to curb these numbers through a focus on early intervention and rehabilitation. Mosher said that means education and counselling will come when the abuser is often more remorseful and willing to change.

"A lot of them grew up with constant fighting and arguing. They saw Grandpa beat Grandma and they don't know any other way," Mosher said. "A lot of men say they want help."

As with Nova Scotia's special court for opioid addicts, the new court represents a shift away from simply punishing behaviours rooted in complex societal problems.

It's also part of an ongoing shift away from an era when domestic violence was largely dismissed a private matter.

In the past, only the most egregious cases of intimate partner abuse would lead to charges and even then, an assault that involved spouses was seen as a family law issue rather than a criminal law issue, Williams said.

Although sexual assault against a spouse became an offence in 1983, and the Criminal Code was amended to clarify consent issues a decade later, in the past police remained reluctant to intervene in domestic disputes.

But a series of high-profile homicides and growing awareness about violence against women in the mid-1990s prompted a number of provinces – including Nova Scotia – to adopt a zero-tolerance approach to domestic abuse.

"Nova Scotia was in line with a national movement to recognize that domestic violence is a crime," Justice Department spokeswoman Sarah Gillis said in an email. "The pro-arrest, pro-charge, pro-prosecution policy, was put in place to take the burden off the victim to press charges."

Now, if police find evidence of an assault, they have to press charges, Mosher said.

"Women will have blood running down their face and say 'No, he never hit me. I hit my eye on the corner of the door," she said. "Women who have been in the system or abusive relationships for a long time come up with really good excuses of how they got hurt, and police are trained for that."

But while the zero-tolerance policy has been effective at ensuring police treat spousal abuse as a criminal matter, the justice system has historically been less equipped at responding to intimate partner violence, said Claudia Mann, court services director with the Department of Justice.

"The criminal justice system is set up really as an adversarial process that basically assumes there is no ongoing relationship between the perpetrator and person who has been harmed," she said. "A specialty court where everyone involved is trained in the dynamics of intimate partner violence makes the criminal justice system response more nimble."

Mosher said many assaults are plead out to a peace bond – meaning, the abuser promises to stay away – because "at the end of the day, the woman just wants him out of her life and doesn't want him to be allowed to contact her."

But in cases with children involved or when accused is the breadwinner, women just want the abuse to end, and a peace bond forbidding contact is unrealistic, she said.

Abuse is often exacerbated by mental health, addictions or similar issues. The court has ushered in community-based groups that can help address the problems and assist with long-term change once the court-ordered program wraps up.

Williams said the "million-dollar question" is whether one sitting a week – on Wednesdays – will be enough to meet demand for the program, but she said it's possible it could be expanded in the future.

Mann said some cases of domestic violence will still require a "traditional approach" and a criminal trial. But she sees the potential of a different kind of court.

"We have a lot of expertise at the table. We are trying to be more open to what the victim wants from the process in a way we haven't been able to." 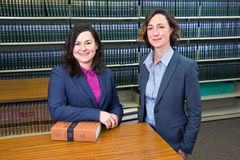 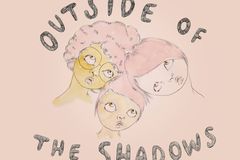 Unfounded: Police dismiss 1 in 5 sexual assault claims as baseless, Globe investigation reveals
February 3, 2017
Report an error
Due to technical reasons, we have temporarily removed commenting from our articles. We hope to have this fixed soon. Thank you for your patience. If you are looking to give feedback on our new site, please send it along to feedback@globeandmail.com. If you want to write a letter to the editor, please forward to letters@globeandmail.com.
Comments are closed