Hundreds of Nova Scotia families have registered for the promised expansion of preprimary classes for four-year-olds, but there are still no firm numbers of trained staff available just weeks before its scheduled end-of-September startup.

The uncertainty leaves many parents unsure whether spots will be available, with one private industry spokesperson saying she doubts the province can meet its own deadline in many areas.

First announced in April, preprimary became a major Liberal promise during the spring election campaign: The program is to be introduced across the province over the next four years at a cost of $49.9-million a year.

In mid-July, Education Minister Zach Churchill announced a list of 30 new classrooms that would be added to 20 existing classes at 43 locations across the province. But he warned then staffing would pose a "challenge," and availability would be contingent on available staff.

In an e-mail, the Education Department said the province's eight school boards – who will hire the early childhood professionals – are reporting "early interest" in job postings, but several competitions still haven't closed. The department said it has received 820 completed online preregistrations from interested families so far.

"Registration for individual pre-primary locations will be confirmed by the boards once their hiring processes are complete," the e-mail stated.

In an interview, Pamela Streeter of the Nova Scotia Child Care Association said she remained skeptical the province would be able to find enough trained professionals to staff all of the new classes, noting that staffing and retention problems have plagued the sector for decades.

"Since the late nineties, there have been retention and recruitment issues in the sector for multiple reasons," Ms. Streeter said. "Wages and benefits and work environment have been at the top of the reason why."

Ms. Streeter, who runs several early education programs, including preprimary at Creative Kids Education Centre in Hammonds Plains, said the lack of information from the province is unsettling to parents – and also to non-profit providers who could end up losing staff to the public system.

"If they do get all of their staff it's going to create real challenges for licensed centres … and what do you do when you have a group of families all signed up for your programs and then all of a sudden you can't staff them," she said.

The government plan requires one early childhood educator for every 10 children in a class, with a maximum of 24 children a class.

Ms. Streeter said while it remains to be seen how many educators move from existing centres to the public program, she would still be surprised to see all of the new classes up-and-running because of the challenges involved in attracting what are relatively low-paid professionals to mainly rural areas of the province.

She said her own operation has had its troubles getting qualified help because of issues that include a lack of public transit.

"That really cuts down my pool of candidates and I don't even live that far outside the city," Ms. Streeter said.

Meanwhile, hiring progress inquiries made to four of the eight school boards drew little or no response.

The most detailed reply came from the Strait Regional School Board, which is slated to provide preprimary at six new locations.

In an e-mail, the Strait board said it has interviewed for a regional level manager position and has posted vacancies for lead early childhood educators at its preprimary sites.

It also said that a total of 95 children have been preregistered at eight locations offering preprimary.

The Chignecto-Central Regional School Board said its deadline to apply for the positions closed on Wednesday.

"These applications are being reviewed and the candidates selected for interviews will be notified soon," the board said. "The plan remains to have the preprimary program up and running for the last week of September. Some programs were already in existence and will start as previously scheduled." 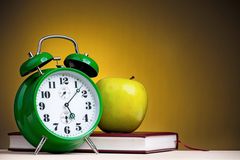 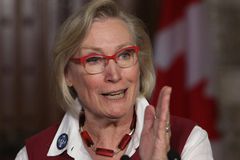 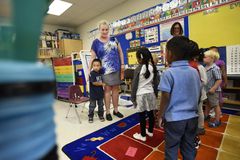