Nearly two-thirds of Nova Scotians seeking assisted suicide in the first six months of 2017 did not receive a lethal injection, with doctors saying the province's system is short of available physicians and payments are low.

The Nova Scotia Health Authority reports that of 64 referrals made for medical assistance in dying, 23 were completed between Jan. 1 and Canada Day.

The remaining patients either dropped the request, lost the mental ability to agree — a requirement under Canada's Bill C-14 — or died before anyone could carry out the euthanasia.

Over the past year Bill C-14 has allowed for the procedure when patients are over 18, have a serious and incurable illness or disability, are in an advanced state of irreversible decline, endure intolerable pain, and face a "reasonably foreseeable" death.

"We have a small set of providers, but we can't possibly keep up with the patient demand," he told delegates at the International Conference on End of Life Law, Ethics, Policy and Practice in Halifax earlier this month.

He said 20 doctors came to a recent training session, but many also want to witness a procedure first hand — a step that is taking more time than expected to arrange.

"We're two years behind the mark of where we should have been compared to other jurisdictions," Holland said during a presentation on the early days of medically assisted dying in the province.

He also said he has been advocating for the ability to bill for more than four hours, as the process often requires more time than that.

"None of us want to make money off of it. But we'd like to see a situation where we're not losing money in it," said Holland.

A spokeswoman for the Health Department said Friday the fees are still being reviewed, and policies for medical assistance in death are still under development.

Cancer was the most common reported underlying condition for the euthanasia, followed by neuro-degenerative, cardiovascular and respiratory diseases, according to the health authority's records.

Since it became available in Nova Scotia in June 2016, 46 people have received medical assistance in dying, the health authority says.

Dr. Lynne Harrigan, the vice-president of medicine at the Nova Scotia Health Authority, said there is a "learning curve for everybody involved."

She said in some cases, gravely ill people are applying too late and lose the capacity to consent.

In other instances, there is difficulty finding an available doctor, she added.

"We're working to train physicians to come forward," she said.

The law requires agreement between two physicians who are examining the request, and families need to have the process carefully explained, he added.

The process also involves a 10-day wait period after a consent form is signed as a time for sober second thought and families to make last preparations. It can be waived if the person is at risk of losing their capacity to agree to their death.

Under Canadian law, the person must have the capacity to understand what is occurring up until the point the fatal drug is provided.

Another Nova Scotia physician, Dr. Robyn MacQuarrie, said during the euthanasia conference that doctors in the province involved in assisted suicide over the past year already have multiple practices and responsibilities, and most live in a 100-kilometre radius of Halifax — meaning long journeys around the province.

Some patients are waiting until the "very end" to request the process, and that is putting pressure on the small pool of doctors involved, she added.

"We feel guilt we can't provide the service right away. Obviously we care about these patients and people having the kind of death they want to have. It's a bit emotionally overwhelming for us to constantly have these emergency assessments." 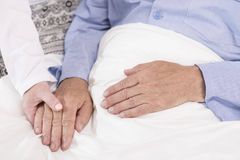 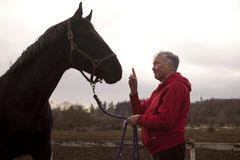 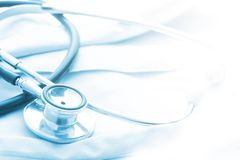