The Nova Scotia government has taken its first step toward reforming its education system with a bill to dissolve its seven English-language school boards and take principals and vice-principals out of the teachers' union.

The education omnibus bill, tabled in the legislature Thursday, comes in the wake of a provincially funded report that was essentially a scathing condemnation of the province's school system. In response, Nova Scotia's teachers gave their union a mandate last week for an illegal strike action to protest the sweeping reforms proposed by the report and accepted by the government.

Education Minister Zach Churchill said the governance and administrative changes are necessary to strengthen the system and will result in better outcomes for the province's 118,000 public school students, who rank below the national average in test scores for reading, science and math. He said provincial policy is being implemented differently across boards and that student outcomes have been inconsistent from region to region.

"This is not only about saving dollars in our system," he told reporters Thursday. "This is about having a system that is more responsive, that is more consistent in terms of education delivery from one end of the province to the other and that is better positioned to help kids do better."

Liette Doucet, president of the Nova Scotia Teachers Union (NSTU), said the government has made enough of a compromise on the reforms to avert a job action from teachers. Still, she said the union is concerned about the elimination of school boards and its impact on the education system.

"We do not support the legislation introduced today. It does nothing to benefit students and it could bring chaos to our system," she said.

The overhaul is the latest disruption to the education system. A year ago, Premier Stephen McNeil's government legislated an end to a protracted labour dispute.

Under the bill, the government will dissolve all seven English-language boards, which essentially involves removing school trustees as of March 31 and replacing them with an appointed advisory council. Superintendents will become regional executive directors and report to the deputy minister of education.

The province's francophone school board, the Conseil scolaire acadien provincial, will retain its current structure.

The legislation also includes moving principals, vice-principals and other senior supervisors out of the NSTU. But they would still be affiliated with the union, so their seniority and compensation – including benefits and pensions – would be protected.

Moving them out of the union had been a point of contention with the NSTU, which said it would alter the collegial atmosphere in schools.

In a compromise move, the government said it will work with teachers and their union to develop teaching and leadership standards instead of creating a college of educators, a self-regulating professional association for teachers.

Hired by the government in October, Avis Glaze, a veteran educator who set up Ontario's numeracy and literacy secretariat, said in her report that a disjointed system and conflicting priorities has led to students in Nova Scotia performing below the national average.

The day after her report was released, in January, the government said it accepted all 22 of Ms. Glaze's recommendations and that it was ready to move forward on 11 of them.

Ms. Glaze said in an earlier interview with The Globe and Mail that she understood changes would be difficult.

"When the dust settles, they'll be able to see that these are some of the things that are needed for the children of Nova Scotia to reach their full potential," she said. 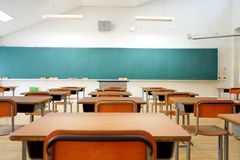 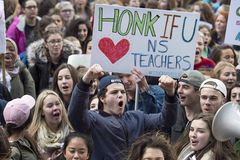 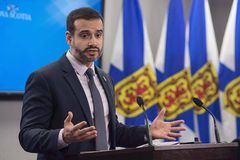