Hundreds came out on a rain-soaked night in 1993 to a fair in Bridgewater, N.S., to watch Gregg Ernst backlift 5,340 pounds, which would earn him a place in the Guinness World Records book.

Mr. Ernst, then 32, had been training for this moment for 15 years, patiently building the muscles and bone to provide the strength and structure needed. He stooped under a platform made of heavy timbers. As he straightened, the platform lifted off the ground and the weight, which included two Ford Festivas plus drivers, rested upon his shoulders and upper back.

What certification Guinness would require was worked out prior to the lift. In the weeks that followed, Mr. Ernst even helped draft the language for the blurb for the 1993 edition of the book. But when the book came out, Mr. Ernst had been left out.

"My wife and I were on a Strong Man-related trip to New York and we picked up a book, hot off the press, and it just wasn't there. They had in fact delisted the entire category," recalled Mr. Ernst, now 53, who lives still on the farm near Lunenburg where he grew up and trained for his lift. He also works as a blacksmith and has performed as a singer.

Finally, 21 years later, Mr. Ernst's 1993 lift has been included in the 2015 Guinness book for the largest weight ever backlifted. Backlifting requires the lifter, stooped under a platform that holds the weight, to stand upright balancing the platform on his shoulders and upper back.

Prior to Mr. Ernst's lift, said Terry Todd, co-director of the Stark Center for Physical Culture and Sport at the University of Texas at Austin, Paul Anderson, a U.S. weightlifter and Olympic gold medalist, was said to have lifted 6,270 pounds. Questions existed, however, about the veracity of the claim.

Dr. Todd and his wife, Jan, who was included in the Guinness book for more than 10 years as the world's strongest woman, and is also a director of the Stark Center, asked to see the documentation behind the Anderson listing. The Stark Center holds the largest collection of documentation related to power lifting sports. There were, however, no records or witnesses of Anderson's supposed accomplishment.

"I was thinking if there was exaggeration, then Gregg is being, in effect, cheated out of holding a record that he thinks he doesn't hold yet," Dr. Todd said.

Dr. Todd was a friend of Mr. Anderson, who died in 1994. A social historian who used to teach at Dalhousie University in Halifax, he is also a friend of Mr. Ernst. It was Dr. Todd who conceived the methodology used to verify Mr. Ernst's lift to satisfy Guinness's requirements in 1993.

In the past few months, the Guinness book contacted Dr. Todd in order to include Mr. Ernst in the recent edition. The book, which turns 60 next year, published its first edition in time for Christmas in 1955. Sir Hugh Beaver, then the chair of Guinness Brewery in Ireland, conceived of the idea after finding no reference book compiling record feats. According to its website, the book aims "to inspire ordinary people to do extraordinary things."

Dr. Todd's admiration for Mr. Ernst is not based on the lift alone, but the way he did it. Mr. Ernst made a decision as a teenager, when he began training for the backlift, to never use supplements or performance-enhancing drugs of any kind.

Louis Cyr, the renowned strongman from Quebec, was Mr. Ernst's idol. Mr. Cyr was known to have backlifted 4,337pounds and Mr. Ernst wanted to be attached to that history, considered alongside his idol. The use of supplements, Mr. Ernst feared, would have jeopardized that goal.

Since 1993, Mr. Ernst inherited the family farm from his father, bought a marine blacksmith's shop in Lunenburg and performed in two singing groups with his family, the Ernst Family Singers and OneBlood, consisting of Mr. Ernst and his four sons, which made it to the semifinals of Canada's Got Talent.

Making the Guinness book in 1993 could have made a difference for Mr. Ernst, but he doubts being included now will bring much change. "I can't imagine how, but who knows," he said.

For Mr. Ernst, who lost a son in 1997, the lift, like any athletic accomplishment, is of "relative importance." 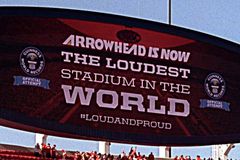