Cannabis will be sold at only nine Nova Scotia Liquor Corporation stores when the drug is officially legalized in July, the province announced Tuesday.

Pot will be sold at four outlets in the Halifax area and at stores in Amherst, Truro, New Glasgow, Sydney River, and Yarmouth, Justice Minister Mark Furey said.

Furey said while he realizes there are "gaps in the map," the liquor corporation will offer online sales with home delivery and the public will also be able to grow up to four plants per household.

"I think the model of delivery and the numbers of stores is one factor in the availability," said Furey. "We believe the alternate options of purchase are reasonable and will afford those Nova Scotians who choose to consume an opportunity to access product."

By contrast, neighbouring New Brunswick plans to open 20 stand-alone stores in 15 communities, while Ontario has plans for 40 stores in 14 municipalities.

Furey was asked by reporters whether people in underserviced areas would simply go to the black market rather than drive long distances to buy their weed.

The minister said there are still a lot of "market unknowns" when it comes to who will consume the legalized product.

He said cost was also a factor in selecting the stores, which will have to renovate their spaces.

Furey didn't rule out more retail stores in the future, saying the province would do an analysis after the first year to determine sales and market demand.

"From our standpoint we want to be modest and we want to be conservative and at the same time evolve with the industry," said Bret Mitchell, the liquor corporation's president and CEO.

Mitchell said the chosen stores would use space formerly taken up by make-your-own wine products, which would be discontinued. Product will be sold in enclosed areas by trained staff who will dispense it from behind the counter – there will be no open displays.

One of the Halifax locations will see the reopening of the former Clyde Street store in the city's downtown, which will sell cannabis exclusively.

Mitchell said the liquor corporation doesn't expect to make a profit in the first few years of operation.

"Having said that, ultimately what's going to matter is the cost of acquisition of the actual product itself, and that will determine if there's going to be any (profit)," he said.

Mitchell also said price will also be a factor. He said prices will vary depending upon the strain and characteristics of the cannabis, but in general they will likely have to be less than $10 per gram "for sure."

Karla MacFarlane, the Interim leader of the Opposition Progressive Conservatives, questioned why certain areas of the province are being left out.

She said it appears the government is opting for cost considerations over health and safety.

"Obviously this is a great indication that we are going to see a fostering of the black market continue." 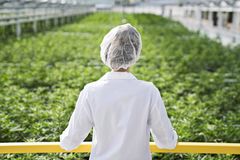 The buyer, the target and the other guy: Behind Canada’s biggest marijuana deal
Subscriber content
June 5, 2018 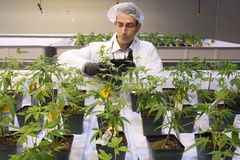 Canadians spent $5.7 billion on marijuana in 2017
January 25, 2018
Report an error
Due to technical reasons, we have temporarily removed commenting from our articles. We hope to have this fixed soon. Thank you for your patience. If you are looking to give feedback on our new site, please send it along to feedback@globeandmail.com. If you want to write a letter to the editor, please forward to letters@globeandmail.com.
Comments are closed