On his way up to his nine-year-old son's room to deliver the boy a slice of pizza, John Sutherland stops to put on his winter coat.

There's no problem with heat in the house on this rainy December night; Mr. Sutherland needs the thick covering on his arms because his son, Callum, bites. He also slaps, punches and uses his nails to carve deep reds scratches into the hands of anyone who places a demand on him, such as buckling a seat belt. Recently, he broke his mother's nose. The Sutherlands are struggling to access care for their son, who has grown too violent to keep at home. They are amongst the many Nova Scotia families who are in need of crisis services and facing what an Auditor-General's report last month called huge gaps in Nova Scotia's health-care system and, specifically, its patchwork of mental-health crisis services.

"When you're in the trenches with this, you're in survival mode," Mr. Sutherland said. "You're not able to develop a plan. You're just getting through the day."

Callum is severely affected by autism and additional mental-health complications including anxiety and obsessive compulsive disorder.

His behaviour and communication shifted in recent months toward so much violence that his family and doctors agreed the boy needed to be in hospital. But after seven weeks in confined care at the IWK Health Centre in Halifax, Callum is due to be released back to his family this week. He has had a few home visits to prepare him, including last Friday night for pizza, but he is in nearly the same condition as when he was admitted.

The Sutherlands have been told the public health-care system in Nova Scotia does not have any more services to offer Callum, whose difficult behaviour and limited communication skills made him unfit for programming at the hospital's child mental-health inpatient unit.

Autism-related services vary widely between provinces and while some pay for outpatient, in-home care, others, including Nova Scotia, essentially require families to give up custody of their children to receive that sort of coverage. In October, the Senate of Canada reignited a 10-year-old call for a national autism strategy, which members say is key to ensuring children do not slip through cracks.

Amidst rushed preparations for Callum's return – the installation of smash-proof glass and addition of wall-mount lights that cannot be weaponized – the Sutherlands are appealing for help with an aim to spotlighting a gap in the health-care system that claims children like Callum as its victims. They agree that inpatient hospital care is not a fit for their son. But he can no longer attend school and there is nowhere else for Callum to go right now other than home.

"Kids should not be sent back to their families before there is a crisis plan in place," said Carly Sutherland, his mother. "There is a lot of helplessness." The Sutherlands are calling for the development of publicly funded crisis intervention services for children and their families, who are often overwhelmed, emotionally, physically and financially.

While the hospital does offer consultations with a behavioural interventionist to help develop a transition plan, implementing and paying for it is up to parents. Nova Scotia does not normally cover in-home help for children more than six years old. In the eyes of the system, school-aged children receive the extra care they need from the provincial education department, at school. But Callum, in his current state, is not able to do more than linger in a padded room at school.

If the Sutherlands want publicly funded care for their son, they will have to give up custody. If they declare they cannot keep him safe at home – where he has managed to climb out onto the roof twice and must be locked in his room for safety – the Department of Community Services will move him to a hotel. There, he will be watched over by two provincially assigned caregivers. But the ordeal would traumatize him, Ms. Sutherland said.

Still, she questions her family's ability to sustain Callum's violence (they also have a six-year-old son, Henry, although Callum has not been aggressive toward him). Provincial social workers have opened a case to examine whether Henry is safe to remain in the home. The Sutherlands know they might one day be forced to make a hard choice over which of their children to keep at home.

"It's revolting to have that conversation in your head," Ms. Sutherland said.

Michael Pickup, the Auditor-General, recently highlighted crisis services as a weak point and noted wide discrepancies in both where and when they are offered. Asked about this gap, Health Minister Randy Delorey said patients always have the option of calling 911.

This is what the Sutherlands did. When it became clear Callum was not safe outside of a locked, padded room he was staying in at school, Ms. Sutherland was told she would have to wait more than a week for a room. So she and Callum's teachers organized a 911 call that resulted in his hospitalization the same day, on Oct. 19.

"We couldn't wait. It was an emergency," Ms. Sutherland said, adding that the drug cocktail her son was on had stopped working. Callum's forehead was bruised from him banging it against walls and he had black eyes.

It wasn't always this way. Although Callum has had limited verbal skills since he was diagnosed, he was functioning. A year ago he was eating dinner at the table, dressing himself and attending primary school. Routines seemed to lower his anxiety. Six months or so ago, the comfort of those routines began to slip and the look in the boy's eyes turned blank.

"He started to drop off a cliff last April," Ms. Sutherland said, adding that neither she nor the doctors know what triggered it. "He stopped speaking at all and became extremely aggressive."

The Sutherlands are not the first family affected by autism or complex behavioural issues to beg publicly for help in the province. In 2015, Halifax-area mother Marni Adams was told by the IWK that it was not equipped to help her son. That same year, another mother tried to raise alarms after her teenage daughter, who suffered fetal alcohol-related symptoms and was violent, was discharged.

After those incidents, an internal review was done at the IWK to look at the quality of the hospital's autism services, spokesman Nick Cox said. The resulting report, he said, is "not for external release" to protect the confidentiality of participants. 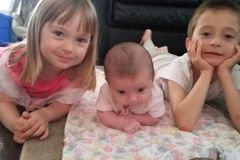 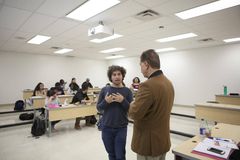